Demonstrators in Krakow, Poland, hold signs reading: "I'm Giving Birth From Love Not From Being Forced" and "My Womb Does Not Belong to Homeland" on April 3, 2016
Agencja Gazeta—Reuters
By Simon Lewis

Thousands of people took to the streets in Poland Sunday to show their opposition to the conservative ruling party’s plan to completely outlaw abortion.

Abortion is already proscribed in the Catholic-majority country in all cases except when a pregnancy is the result of a crime like rape or incest, if the mother’s health is at risk, or when the fetus seriously malformed.

The Law and Justice party, which won parliamentary elections in October, is set to support new legislation backed by the Catholic Church that would make abortion illegal in all cases, the Wall Street Journal reports.

Demonstrators linked to opposition parties held rallies in front of the parliament in Warsaw and in other cities in Poland, with one banner reportedly calling for “Abortion for the Government.” People held coat hangers to symbolize the dangerous methods that are used when doctors are not allowed to conduct abortions.

“We can’t agree for women to be forced to live nine months aware that they’ll give birth to a fetus without a head, lungs or heart,” Marcelina Zawisza, from the socialist Razem party, told the Journal. “The United Nations say it clearly: it’s torture for women.” 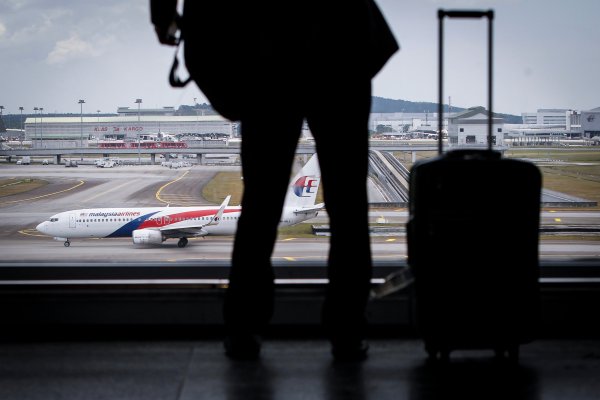 Piece of Debris May Have Belonged to MH370's Interior
Next Up: Editor's Pick