In this image posted on the Twitter page of Syria's al-Qaeda-linked Nusra Front on Friday, April 1, 2016, shows fighters from the Nusra Front.
AP
By Nash Jenkins

A leader of a major al-Qaeda syndicate in Syria died Sunday after an air strike over the country’s northwestern region, according to the U.K.-based monitoring group the Syrian Observatory for Human Rights.

Abu Firas, a prominent player in the jihadist group al-Nusra Front, was one of at least 20 militants who was killed in the strike, suspected to have been perpetrated by Syrian or Russian forces, the Guardian reports.

Rebel sources told Reuters the strike appeared to have come from a U.S. drone, although a U.S. security official could give no further information, reports Reuters.

Firas’ death marks the end of a career of extremism that dates back at least three decades. He was a founding member of an Afghan jihadist group that emerged in the 1980s; he also reportedly worked with Osama bin Laden and trained Sunni Muslim jihadists. Before his death, Firas served as media spokesperson for al-Nusra Front. 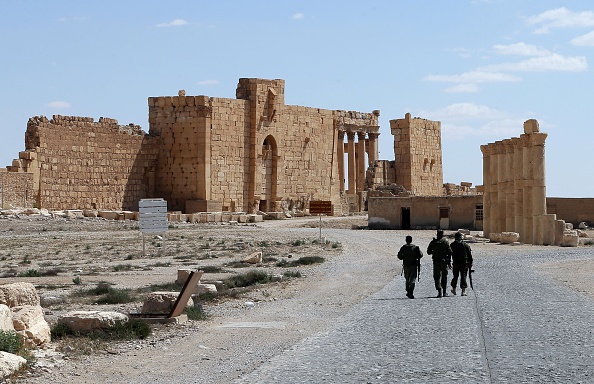