A massive leak of confidential documents purports to show how allies of Russian President Vladimir Putin may be tied to a $2 billion offshore money trail.

Close friends and family members of the Russian leader have benefited from their relationship with him with millions of dollars made in secret deals, according to The Guardian. The newspaper pored over millions of files leaked from Panamanian law firm, Mossack Fonseca.

The documents were obtained from an anonymous source and shared by German newspaper Süddeutsche Zeitung and the International Consortium of Investigative Journalists with the Guardian, the BBC and other news outlets. The news outlets say the documents reveal that $2 billion has been secretly channeled through a network of banks and companies linked to Putin’s inner circle. The BBC says the files also show that the law firm allegedly helped many other clients launder money, dodge sanctions and evade tax.

Mossack Fonseca has strongly denied any wrongdoing, saying in an initial statementthat it conducts “a thorough due-diligence process” before helping to incorporate companies. The company also sent a more detailed response, which can be read in full here. Russia said Monday that Putin is the “main target” of the document leak and not linked to any offshore activity, the Associated Press reports.

Read more at The Guardian. 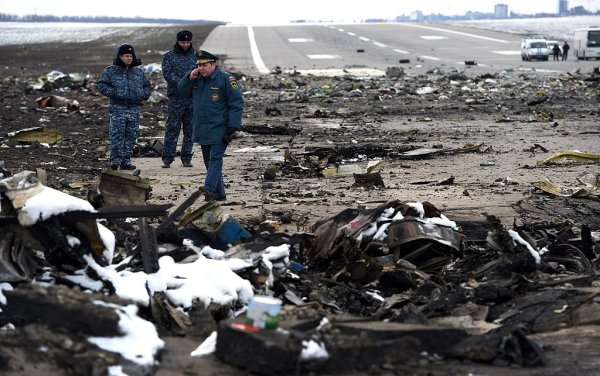 Flight Recorders Were Badly Damaged in Russia Plane Crash
Next Up: Editor's Pick