Fun fact about Republican presidential hopeful John Kasich: He really hated Fargo. So much so, in fact, that the Ohio governor devoted three pages of his book, Stand for Something, to the negative experience he had renting the Coen brothers’ Oscar-winning feature from Blockbuster Video.

“When Karen [Kasich’s wife] got to the part where they chop up a guy in a grinder, we looked at each other and thought, ‘What the heck are we watching here?’ It was graphic and brutal and completely unnecessary, and it rubbed us in so many wrong ways, we had to shut the thing off in the middle,” Kasich wrote. He later pushed Blockbuster to drop Fargo from its shelves.

The “guy in a grinder” Kasich mentioned is, of course, Steve Buscemi. And during his appearance on Friday’s episode of The Late Show with Stephen Colbert, the prolific character actor not only read that portion of Kasich’s Fargo review, but also revealed he had made a short film about the incident.

Okay, not really. But the sketch that followed included Colbert as the Blockbuster Video employee who pushed Kasich to rent Fargo in the first place, and Buscemi as Kasich, a good-natured man who eventually decides to throw Colbert into a wood-chipper. Or “grinder,” per the parlance of Stand for Something. 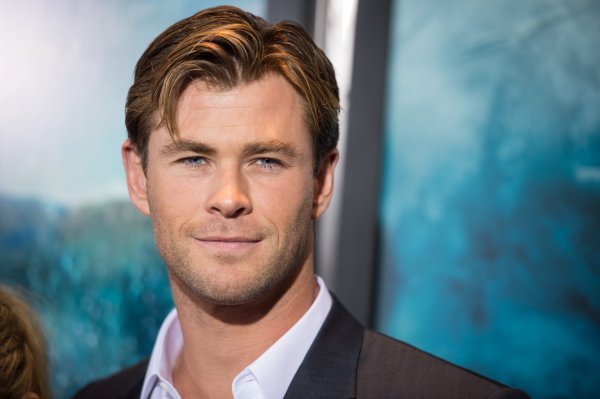 Watch Chris Hemsworth Do a Dramatic Reading of Rihanna's 'Work'
Next Up: Editor's Pick