What CrossFit Can Teach Pro Sports About Gender Equality

The recent headlines about wage discrimination allegations from the U.S. Women’s Soccer team are just another sign of the continued gap in gender equality, both in the workplace and in the athletic arena. While I am disheartened by this news, it has also reminded me of how lucky I am to be a part of a sport where gender is irrelevant. The sports world—and for that matter, the working world—could learn a lot from CrossFit.

I remember watching Icelandic champion Annie Thorisdottir at the 2011 Reebok CrossFit Games, when I was 18, and thinking, “Wow, she’s incredible.” Thorisdottir was the reason I decided to start doing CrossFit, and I wasn’t the only one who thought she was inspirational; she and the other women competing were just as celebrated for their efforts as any of the men on the competition floor.

In CrossFit, there’s no such thing as a male or female workout—we all do the same exercises. There is no fear of women becoming “too strong.” Men and women compete in the same arena (literally), all as part of the same competition: the Reebok CrossFit Games. ESPN gives men and women the exact same amount of airtime, and both genders receive equal recognition and compensation. [Editor’s note: Last year, the prize was $275,000 for being named the fittest man or the fittest woman on Earth.]

I feel so lucky to be a part of a sport that treats and reveres men and women equally. While the weights might occasionally differ in competition, the movements we do are the same. When I’m putting out my maximum effort, I know a guy like Ben Smith—the man who won the 2015 Reebok CrossFit Games alongside me—is putting out his maximum effort and striving to achieve his best, too. Because of that, the men and women in our sport have a level of mutual respect for one another that I haven’t seen anywhere else.

Read more: How Much Would You Make if You Were a Man?

And this belief isn’t just held by the most elite athletes; it carries over to the everyday box members who have no intentions of competing at the Reebok CrossFit Games. I’ve trained in CrossFit boxes from Boston to Reykjavik to Madrid. At each one, I’ve seen strong, confident women who do their workouts with the belief that they can lift just as much, run just as fast and work just as hard as their male counterparts.

In CrossFit, both men and women are told they can do anything. You want to achieve a muscle up? You can. You want to set a personal record with your back squats? Go for it. It doesn’t matter what gender you are, it matters what you’re made of.

We’re all athletes competing in the same sport, with the same goal: To become stronger, healthier and better people. 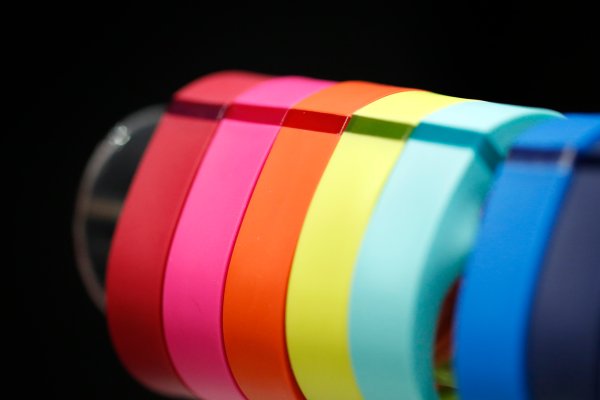 Why I Started Lying to My Fitbit
Next Up: Editor's Pick