Why an Activist Was Sentenced to Death for Being a Lesbian

Discussion of the practice of female genital mutilation, funded by UNICEF, at the Sheik Nuur Primary School in Hargeisa, Somalila on Feb. 16, 2014.
Jason Straziuso—AP
Ideas
By Michal Zebede
Michal Zebede is a screenwriter and producer known for the social-justice news show ASPIREist.

Amal had watched for years as some of her secretly gay friends in Uganda were outed and subsequently burned alive or beaten to death. The 22-year-old created an underground LGBT organization to bring gay people in the country together. Then a rumor surfaced that she was a lesbian.

She began receiving death threats, including graphic descriptions of her murder and corrective rape. One night, five men assaulted her. They punched her in the face and kicked her ribs repeatedly, warning that next time she would be killed. As the threats escalated, she never imagined that her death sentence would come from somewhere else entirely—somewhere closer to home.

Amal (a pseudonym because she fears for her safety) lived the first part of her life in Somalia, a clan-based society. At age 12, she decided to appear on the radio to speak out against female genital mutilation, a practice that affects 98% of girls in the country. Amal had been cut when she was 8, an event she recalls vividly. She remembers the excruciating physical pain, along with her own screams: “you just ruined my life.”

Amal was warned that if she were to publicly speak out against this widely accepted practice, she would be beaten or even killed. She courageously defied these warnings. After her radio appearance, she was kidnapped and beaten by members of Al Shabaab, a militant terrorist organization that had been gaining power in certain regions of Somalia. Amal’s family realized that if she were to remain in Somalia, she could be murdered.

After the attack, Amal hastily moved with her mother and sisters to Uganda, while her father stayed behind in Somalia. It was in Uganda that Amal first gained access to the Internet. Google became her best friend—she had never before seen or heard the word “gay,” and it was her first exposure to literature about female genital mutilation.

When her sister got pregnant with a baby girl, she combined this research with her passion until she convinced her sister and mother not to cut the newborn baby girl. Amal, with the help of her mother, went on to influence the local Somali community to reduce female genital mutilation rates. (In Somalia, the Minister for Women is now developing a ban against female genital mutilation, and support from the global community could help push this legislation through.)

Amal’s conservative mother, Decca, could be convinced that cutting a baby girl was wrong, but homosexuality was a step too far. When the whispers that 22-year-old Amal was a lesbian reached Decca, she was furious. Decca had always suspected it. Now, the fact was undeniable.

Decca called one of Amal’s uncles from the Somali community in Uganda, who in turn summoned the elders from her mother’s tribe. It was at this point that Amal called Jason Jeremias, an international human-rights worker. The two of them tirelessly invented stories that could make her denial plausible, but nothing worked. It was decided that Amal would be sent back to Somalia, her fate to be determined by the highest elders.

Shortly after Amal arrived in Somalia, her phone was confiscated, and she lost any way to contact her friends. She was completely isolated in a house of strangers when she overheard whispers in the hallway that a prominent elder was coming from far away to see Amal. Her heart dropped. This could only mean one thing.

The next day, Amal received the official verdict: she was going to be killed.

Amal was in shock. But she refused to accept her fate. With the help of a young local girl who smuggled a cell phone onto the property, Amal was able to get in contact once more with her friends in the international community.

The night before her execution, Amal was smuggled out of the house and taken to the airport. Partners within the international community got her to Turkey on a visa. From Turkey, she was flown to North America, where she now resides.

Despite what she’s been through, Amal said: “My mother never wanted to harm me in any way. I chose to forgive her.” Moreover, she wants to return home to keep fighting. “I cannot sit back and know there are other girls out there going through this.” 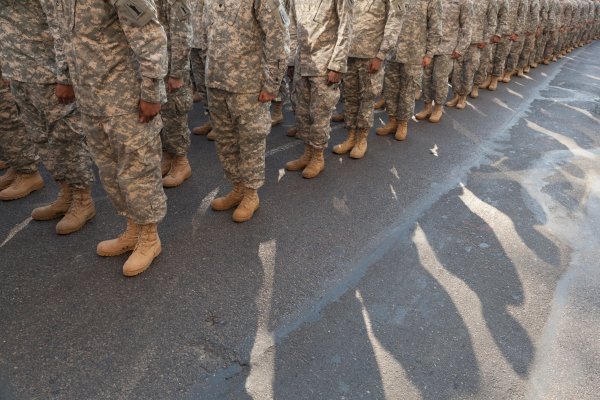 This Is What Happens When Our Institutions Fail to Protect Us
Next Up: Editor's Pick