Gmail’s April Fools’ prank this year enabled users to send Minion GIFs to their email chains with the click of a button. Sounds cute, right? But it went terribly wrong.

The new feature Gmail installed Thursday was called “Mic Drop.” When users were sick of getting replies from a group email thread, they could hit a new send button that would send a GIF of a yellow Minion dropping a microphone, and then would not receive any other messages from the thread.

“Everyone will get your message, but that’s the last you’ll ever hear about it. Yes, even if folks try to respond, you won’t see it,” Gmail wrote in the post announcing the feature.

But the lighthearted prank did not go as planned.

Users took to Google’s product forums to say that accidentally hitting the Mic Drop button had insulted coworkers and even prevented people from getting new jobs.

“I have been interviewing with this company for 3 months now and mistakenly sent the email directly to guess who? The HR!” one user wrote.

That person wasn’t the only one to accidentally “mic drop” on professional correspondence. “Accidentally hit this new “mic drop” button halfway through composing a professional email,” someone else wrote. “Dying to remove this thing.”

“DROP THE MIC DROP GOOGLE. IT’S RIGHT NEXT TO THE SEND BUTTON! I accidentally just hit it on an important work email. NOT COOL!!!!” said another.

Amid the backlash and some reports, according to Fortune, that there was a bug in the software that meant even pressing the normal ‘send’ button would result in a “mic drop,” Google deactivated the prank.

“Well, it looks like we pranked ourselves this year. 😟” the company said in an update to the original blog post. “Due to a bug, the Mic Drop feature inadvertently caused more headaches than laughs. We’re truly sorry. The feature has been turned off. If you are still seeing it, please reload your Gmail page.” 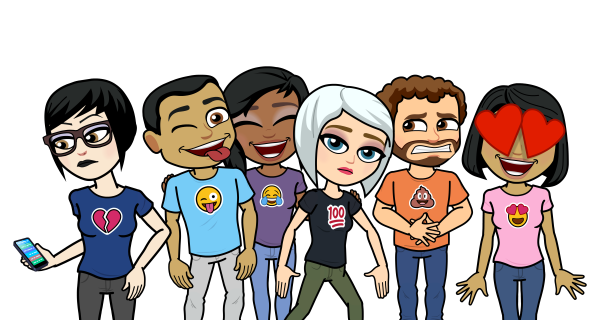 Now There Are Emoji T-Shirts for Bitmoji
Next Up: Editor's Pick