Joseph Safra, the Brazilian banker said by many to be the world’s wealthiest, was charged Thursday with bribing officials in his home country to reduce his tax bill.

Brazilian authorities believe that Safra is linked to a scheme that paid tax officials $4.2 million in exchange for reduced taxes on a major Brazilian bank, Banco Safra, in which the billionaire has a majority stake, the Guardian reported.

The alleged payments took place in 2014 — the same year that Safra, who has an estimated net worth of $18.3 billion, bought the iconic London skyscraper known as the Gherkin.

Authorities say that Safra did not directly arrange the transactions, instead soliciting an employee to act on his behalf. A spokesperson for Safra Group, the family conglomerate Safra heads, has dismissed the charges as “unfounded.”

The charges placed against the billionaire are the latest in a nationwide campaign in Brazil to target and eradicate corruption. The attendant controversies have reached the highest levels of the country’s government: President Dilma Rousseff currently faces calls for her resignation following accusations that she exploited state funds to boost her re-election campaign in 2014. 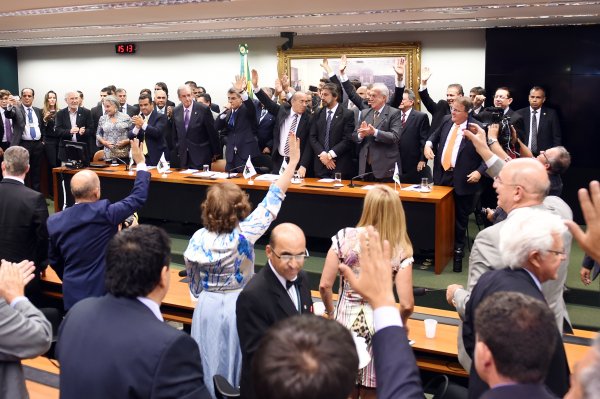 The Biggest Party in Brazil's Ruling Coalition Has Quit
Next Up: Editor's Pick