When Zaha Hadid passed away today, architects and innovators across the world lost an icon—and so did women.

In 2004, Hadid became the first woman and Muslim to be awarded the prestigious Pritzker Architecture Prize. Last year, she shattered another glass ceiling (or dome, as was more Hadid’s style) when she became the first female recipient of the RIBA Gold Medal.

The loss of the world’s “greatest living female architect,” as she was often called, surely leaves a void. But her wake is a path itself, never mind the buildings she erected and the wisdom she imparted. These eight quotes from Hadid show what a truly powerful figure she was.

“I am sure that, as a woman, I can do a very good skyscraper.” (via The Observer)

“People used to think women did not have enough logic. Well, that is absolute nonsense. I don’t know the ego of a man or how their mentality works, but there is no difference at all in capability, not formally in terms of the buildings at least. There might be differences in women’s leadership qualities or in their ego issues, but we can design in the same way if we have the chance.” (via The Observer)

“Women are always told, ‘You’re not going to make it, it’s too difficult, you can’t do that, don’t enter this competition, you’ll never win it.’ They need confidence in themselves and people around them to help them to get on.” (via The Telegraph)

Read more: Bobbi Brown: The 3 Skills You Need to Succeed

“If I was a guy, they would think I’m just opinionated. But as a woman, I’m ‘difficult.’ I mean, I can’t change sex.” (via The Daily Beast)

“I don’t want to be seen as an outsider necessarily, but it means I can carry on with experimentation and innovation. Having to fight hard has made me a better architect.” (via The Times)

“Your success will not be determined by your gender or your ethnicity, but only on the scope of your dreams and your hard work to achieve them.” (via a postcard Hadid wrote to her younger self for BBC Arts)

“I will never give myself the luxury of thinking ‘I’ve made it.’ I’m not the same as I was 20 years ago, but I always set the bar higher.” (via The Telegraph) 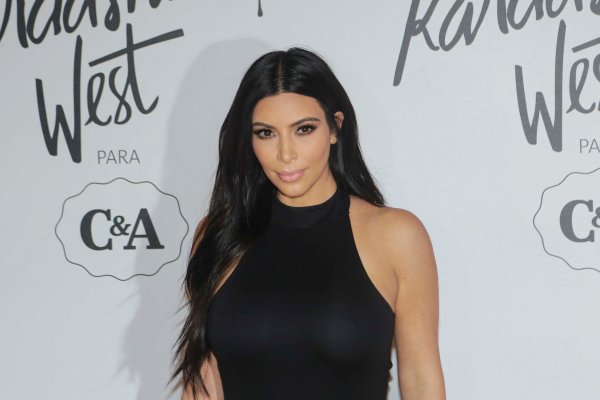 'Free the Nipple' Thinks It's 'Absurd' Kim and Emily Had to Censor Their Breasts
Next Up: Editor's Pick