How to Stabilize the Central African Republic

Central African Republic second round presidential candidate Faustin Archange Touadera (C) looks at a ballot before voting for delayed legislative elections and a presidential run-off, at a polling station in Bangui, on Feb. 14, 2016.
Issouf Sanogo—AFP/Getty Images
Ideas
By Kasper Agger

Kasper Agger is a Central Africa-based field researcher at the Enough Project.

Think the ultimate victor in the U.S. presidential race faces a tough task? The effort to unite a divided America pales in comparison to what lies ahead for Faustin Archange Touadéra, a mathematics professor by trade who was sworn in last week as president the Central African Republic (CAR). Touadéra received a strong mandate from the population, capturing 63% of the votes. The nation’s troubles are, however, far from over, and his immense to-do list might scare many heads of state into early retirement.

CAR is an unstable country marred by decades of military coups and lawlessness—it ranks second lowest on the U.N.’s Human Development Index. Despite the enormous challenges of ruling such a country, few of Touadéra’s predecessors were willing to relinquish command. Historically, the rulers of CAR have sought to hold onto power—and their consequent control over the country’s massive natural resource wealth—by any means necessary. This has meant bringing in soldiers from neighboring countries, muzzling the press and brutally crushing any dissent.

The country’s latest crisis started in early 2013 when the Seleka, a coalition of largely Muslim rebel groups backed by battle-hardened mercenaries from Chad and Sudan, forced then-president François Bozizé from power. Once in control, the Seleka undertook a looting and killing spree of its own. The Anti-Balaka, led by members of mostly Christian former army and local defense groups, launched revenge attacks against the Seleka and Muslim communities. Most spectacular was a December 2014 attack on capital Bangui, which ultimately forced Seleka President Michel Djotodia to step down. Djotodia was replaced by a transitional president, Catherine Samba-Panza. But surges of violence and pillaging continued across the country, and many mining areas, regional trade-hubs and border crossings remain controlled by armed groups that extort money from traders.

The newly elected president’s task is enormous, and he will need foreign diplomatic and financial support. A 2015 U.N. commission of inquiry report found that as many as 6,000 people may have been killed over the past three years of fighting. About 900,000 people are displaced from their home and 2.1 million people—nearly half the total population—are facing hunger.

But Touadéra cannot simply turn to donors for help. In order to stabilize the country and restart the economy, he will need to lead the way, setting an agenda to address three major threats: corruption, impunity and the pillage of CAR’s natural resources.

First, Touadéra must demonstrate that his government will prioritize countering corruption, which has defined so much of his predecessors’ tenures. The CAR government should implement a transparent and accountable system for natural resource concessions and financial management, including review of contracts tendered by past governments. Anti-corruption bodies must be established within the new government, and senior officials should declare their assets. Civil society and the media, often the targets of violence and censorship by previous regimes, must also be encouraged and protected by Touadéra’s government as they serve monitoring and whistleblowing functions that are essential to any anti-corruption effort.

Second, there must be consequences for those who perpetrate human-rights abuses and corruption. The newly established Special Criminal Court in CAR has the potential to end decades of impunity in CAR, but the government should cooperate fully with international stakeholders, safeguard the court’s independence and ensure that cases address crimes committed by all sides. Foreign governments and donors should support the court with financial assistance and expertise.

Finally, the Kimberley Process, an international certification scheme to prevent the trade in conflict diamonds, must remain steadfast in ensuring that CAR improves a critical component of its natural-resource management, as the country restarts export of rough diamonds after close to three years of suspension. The diamond sector has been one of the main targets for past regimes to exploit for personal gain. The CAR government must establish a clear and transparent traceability system from areas that have been permitted to restart export. Kimberley Process participant countries, particularly in the trading centers, must do more to prevent illegal trade. And the U.N. Security Council should stand ready to impose additional sanctions on those who undermine these efforts.

Touadéra is stepping into one of the most difficult jobs on earth, but it’s also a job with opportunities to chart a new way forward. The international community can play a critical role in helping, but this new democratically elected president has his citizens’ strong mandate to bring the change that is so urgently needed. Beginning today, step by step, he and his nation can leave a bloody history where it belongs—in the past. 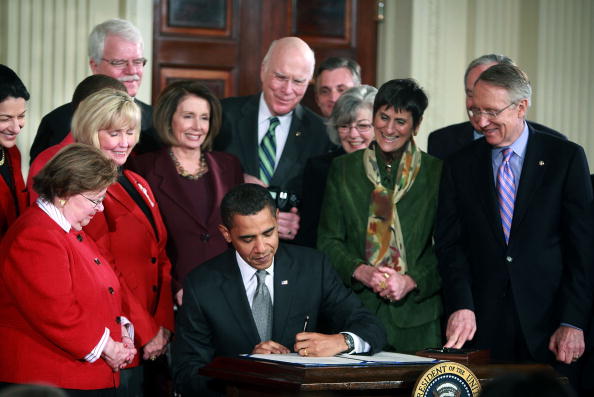 Rethinking Honesty In the Fight for Equal Pay
Next Up: Editor's Pick