A PETA model wearing a gore-version of Bjork's legendary 'swan-dress', covered with the bloody carcass of an ostrich and carrying a handbag made out of fake ostrich leather, demonstrates outside the Garde Republicaine headquarters during the Hermes fashion show, as part of the Paris Fashion Week, in Paris on March 7, 2016.
Apaydin Alain—Sipa USA
By Julia Zorthian

A bare-chested activist draped herself in a dead ostrich outside Hermès London store on Thursday, to protest the sale of handbags made from ostrich leather.

PETA had published an investigation into slaughtering ostriches for meat and leather that inspired the demonstration, which showed how ostriches were killed at a young age. PETA alleged that the slaughterhouses supplied Hermès, among other brands. The luxury designer denies the claims.

Hermès said it does not condone animal cruelty. “Contrary to what the video broadcast by [PETA] suggests, the farms shown in the videos do not belong to Hermès,” it said in a statement.

“Hermès deplores the relentless attacks by Peta aiming to harm its reputation through a dishonest representation of the facts and a complete ignorance of the deep ethical commitment of Hermès to the fight against animal cruelty, as well as any other welfare concerns.” 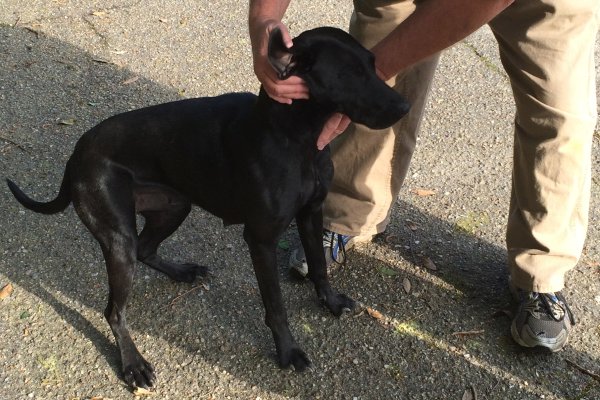 This Dog Surprised Her Owner With $1,000 Worth of Marijuana
Next Up: Editor's Pick