Trump's Threat on Pledge Could Cost Him South Carolina Delegates

Donald Trump’s announcement that he no longer stands by a pledge to support the GOP has thrown his hold on South Carolina’s 50 delegates in doubt.

The Palmetto State was one of several that required candidates to pledge their loyalty to the party’s eventual nominee in order to secure a slot on the primary ballot. Though Trump won all of the state’s delegates in the Feb. 20 primary, anti-Trump forces are plotting to contest their binding to Trump because of his threat on the pledge Tuesday.

The loyalty pledge is nothing new in South Carolina, where it has been required for decades, but took on new focus in light of Trump’s public musings about a third-party run or withdrawing his support from the eventual nominee if he is stopped at a contested convention.

When asked about if he still would pledge to support the eventual Republican nominee during a town hall Tuesday with CNN’s Anderson Cooper, Trump said “No. I don’t anymore,” adding that he has been “treated very unfairly.”

Trump has been hiring staff to ensure he hangs on to delegates in what could be a messy convention fight, but the latest threat appears to be an unforced error on his part.

“Breaking South Carolina’s presidential-primary-ballot pledge raises some unanswered legal questions that no one person can answer,” he tells TIME. “However, a court or national convention Committee on Contests could resolve them. It could put delegates in jeopardy.”

When Trump filed for the ballot in South Carolina he signed a pledge stating to “hereby affirm that I generally believe in and intend to support the nominees and platform of the Republican Party in the November 8, 2016 general election.”

Those delegates would be bound to Trump on the first ballot according to state and Republican National Committee (RNC) rules. The challenge, which could only be filed once delegates are selected, would seek to allow them to be free agents on the first ballot, thereby keeping Trump further from the key 1,237 figure he needs to secure the nomination. Similar challenges could also be filed in other states that added loyalty pledges.

The potential fight over delegates comes as Trump is meeting with RNC chairman Reince Priebus Thursday. 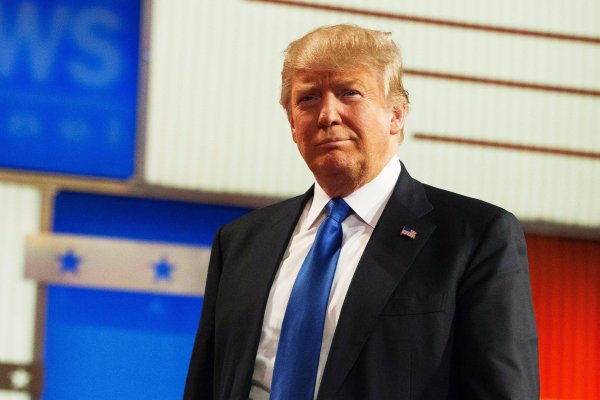