Why People Are Freaking Out About a Possible New Beyoncé Album

The world is officially on Bey Watch. Ever since Beyoncé stormed the Super Bowl stage in February with a brand new song, “Formation,” fans of the pop star have been on high alert, anticipating the follow-up to her 2013 self-titled surprise album. In the past few weeks, speculation has reached a fever pitch. Here’s some of what’s got them excited, for better or for worse:

She’s going on tour. Beyoncé announced her Formation World Tour immediately after her Super Bowl performance, and the 40-date run, which kicks off April 27, would be a welcome opportunity to debut new music—she’s already supported her 2013 album with two separate tours since its release. Not that Beyoncé needs an excuse to hit the road: her Mrs. Carter Show World Tour had been under way for months before she dropped Beyoncé and updated the setlist.

She’s doing interviews. The notoriously elusive chanteuse doesn’t grant many interviews, but recently she’s agreed to answer questions from Garage and now Elle magazine as she launches a new clothing line, Ivy Park. Most stars cover magazines to promote an upcoming project, and if Beyoncé’s got a lot on her mind and is in the mood to share, it seems only natural that she’d be expressing herself in the recording studio, too.

She’s been filming something. Beyoncé has been spotted shooting at the Super Dome, reportedly filmed a video with the families of Tamir Rice and Michael Brown and maybe hung out on set with Hillary Clinton. That’s led a lot of fans to think, “Damn, Beyoncé, back at it again with the visual album!” She could, of course, just be filming interludes and backdrops for her upcoming tour, but fans also noticed a discrepancy between the number of videos you can watch on her Vevo channel and the number of videos listed. That, combined with chatter about “Project Lemonade” and a “mini film” from a seemingly well-informed, fan-run Beyoncé news Twitter account, suggests something bigger is in the works.

A very important date is coming up. Beyoncé fans know she loves the number 4. She was born on Sept. 4, 1981. She named her fourth album 4. It’s believed that her daughter, Blue Ivy Carter, gets the “Ivy” part of her name from the Roman numeral for 4 (IV). She also married Jay Z on the fourth day of the fourth month (April 4) of 2008, and they even have matching IV tattoos. It’s not out of the question that she’d release an album on a date with tremendous personal significance.

Rumored tracklists are circulating. Don’t pay much attention to these—they’re fun to look at, and probably as much fun for pop-music nerds to make, but as you’ll recall from 2014, these “release confirmations” aren’t trustworthy, no matter how many times you slap Parkwood Entertainment letterhead all over it. There are a number of fake “Formation”-era tracklists floating around online at the moment, but they’re all pretty dubious: Do you really think Beyoncé would record a song with Adele called “Lemonade Taste”? Or make a track with Rihanna called “The Other (Other) Woman”? Or have such terrible graphic design? 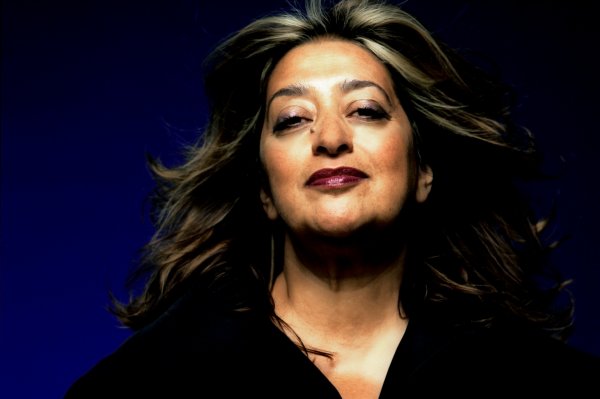 Architects, Artists and Admirers Respond to Zaha Hadid's Death
Next Up: Editor's Pick