The ex-wife of the man who hijacked an EgyptAir plane this week, saying he wanted to see his family, slammed her former spouse in an interview with local press, calling her marriage a “black period.”

“Most of the media painted a picture of romance in which a man was trying to reach out to his estranged wife,” Marina Paraschou, the hijacker’s ex-wife, told Phileleftheros newspaper. “But that couldn’t be further from the truth and they would have a different opinion if they knew what he was really like.”

The comments, reported by the AFP, come just days after Seif Eddin Mostafa hijacked an EgyptAir flight from Alexandria to Cairo and instructed pilots to fly to Cyprus, Greece or Turkey. Mostafa told authorities that he had simply wanted to see his family but had been barred from travel.

But his wife clearly did not want to see him. In her newspaper interview, she said her ex-husband had abused her and their three children during their short marriage. 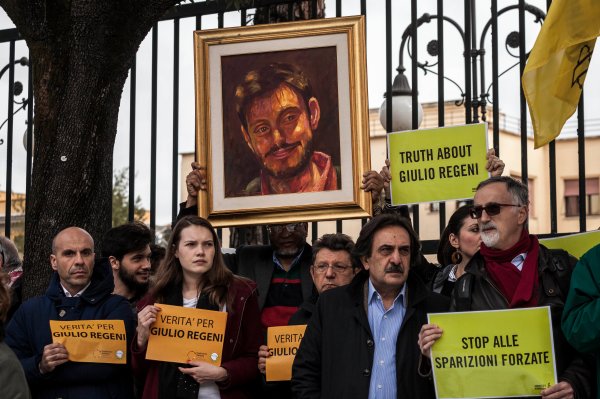