Will the GOP Try to Lose With Cruz?

Former critics are now rallying to support the candidate

Review: A Refugee From the Land of the Lost in Krisha

A prodigal daughter returns, and a family faces its deepest fears

The Real Cost of Our Obsession With Stuff

Legends of the Fall author

After decades of consensus, its value is being contested by the left and the right

He raises good questions, but gets the answers wrong

While growth in the economy slows, Xi Jinping follows in Mao’s footsteps—and some members of the Communist Party aren’t happy

Why More Companies Are Coming Out of the Political Closet

Increasingly, big corporations are opposing legislation they see as discriminatory

ISIS Loses on the Battlefield But Succeeds in Scaring the West

The terrorist group is making gains by attacking the ‘gray zone’

Sounding off on Linklater’s Hit Parade

Richard Linklater is back with a new comedy

Insult My Lovely Wife at Your Own Risk

The Republican frontrunner has a woman problem

Hot on the Trail

With the parties’ conventions just 3½ months away, the race for the White House is all about threats, feints, fallout and trying to get a word in edgewise

Grappling with the right role for automatons at work

The granddaughter of Elvis Presley is starring as a law student by day, call girl by night, in Starz’s The Girlfriend Experience

And the Greatest NBA Team of All Time Is …

The Bulls of the ‘90s take the top spot

The FBI Chief on the Trail of Hillary’s Emails

How to Build Your Own Pension

Everybody needs one. Here’s how to make it happen

Review: Everybody Wants Some!! Deserves a Third Exclamation Mark

Richard Linklater is back with a new comedy

Apple Vs. the FBI: Here’s Who Really Lost

The Charm and Power of Patty Duke

Review: Across the Pond, a Catastrophe Is Born 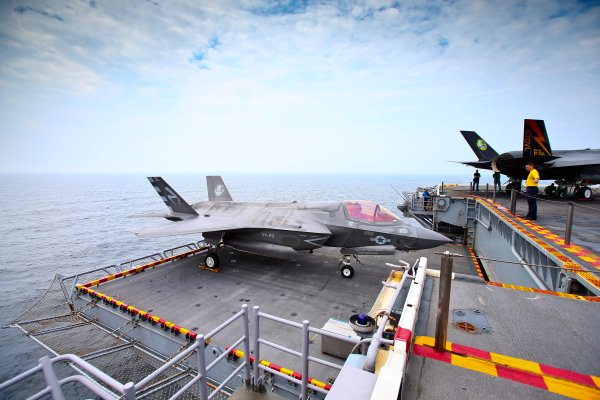 The Pentagon Wants Autonomous Jets to Fly in Combat
Next Up: Editor's Pick