Review: Across the Pond, a Catastrophe Is Born

The first season of Catastrophe presented an intriguing premise: A one-night stand on vacation results in both a pregnancy and a transatlantic relocation. Rob (Rob Delaney), a robustly built avatar of average American maledom, is forced to negotiate his new life as a prospective dad in London with Irish-born baby mama Sharon (Sharon Horgan). It made for a satisfying culture clash.

The new season, which aired last year in the U.K. and is available April 8 on Amazon, moves the story forward. We open on Rob and Sharon, expecting a second child, arguing in bed before graphically making up. Their coupling is toxically but entertainingly fueled by this sense that every story the couple can tell must be a melodrama.

As the season goes on, minor-key notes emerge. Between Rob’s ever shifting emotions and Sharon’s distance from her feelings, the pair bring painful differences to bear on the relationship. But the engine of Catastrophe’s humor is the way this serendipitous couple figure out how to live together through sheer aggression: they never speak rationally when force of wit (in the form of banter or a screaming match) is an option.

If that sounds like too painful a commitment, fret not: like so many British sitcoms, Catastrophe airs tiny seasons, only six episodes apiece. It’s less a binge than a good meal, and further proof that our “special relationship” with the U.K. hardly means we agree on everything. 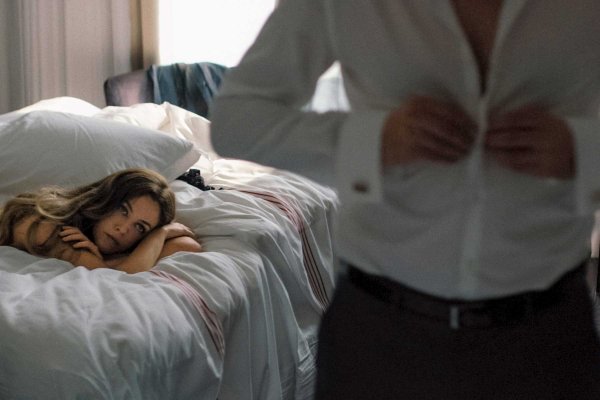 Review: The Girlfriend Experience Is Dark Home Theater
Next Up: Editor's Pick