ISIS Loses on the Battlefield But Succeeds in Scaring the West

Who’s winning the war against ISIS? That depends on which war you have in mind. There are at least two.

The war being fought in Iraq and Syria is the most visible and lately the one going badly for ISIS. Newly arrived U.S. Special Forces teams are picking off the group’s leaders–most recently its No. 2 in an air strike called in on March 25. In addition to commanders, the extremists are also losing ground. The ancient city of Palmyra fell on March 27 to the forces of Syrian President Bashar Assad and Russia. Shaddadi, a strategic town near the border with Iraq, fell in February to U.S.-backed rebels. ISIS lost the Iraqi provincial capitals of Ramadi and Tikrit over the past year, while Syrian Kurds took much of the country’s north and are dug in near the ISIS capital of Raqqa.

All told, ISIS has lost 30% of the land it held at its 2014 peak. Most of it may be desert waste, but that’s no different than it was when ISIS was on a roll and declared a new caliphate ostensibly for the world’s 1.3 billion Sunni Muslims. That declaration proved a recruiting boon, drawing tens of thousands of foreigners to live and fight in the name of not just an ideology but a place. Now as the territory of the Islamic State shrinks, will its appeal diminish as well? That remains to be seen–as does the outcome of the other war ISIS is waging, one fought through terrorism.

That war is going far better for the extremists, largely because gains are measured not in square miles and battle lines but in fear and politics. Days after 32 people were killed in Brussels, ISIS’s attacks remained the world’s top news story; imagine if the plotters had managed to penetrate the nuclear facility that authorities fear was their original objective. As it is, the attacks have generated widespread alarm–not only about ISIS but about any Muslim, anywhere.

That’s precisely what ISIS intends, according to ISIS itself. In online proclamations and in its magazine, Dabiq, the group asserts that terrorist strikes on the West are only partly meant to punish countries arrayed against it militarily. In a more strategic sense, the attacks are also intended to “destroy the gray zone.” Gray zone turns out to be ISIS’s term for any society in which Muslims and non-Muslims coexist.

It sounds simple because it is. ISIS sees the world as black and white and abhors the middle ground where everyday life is lived. French journalist Nicolas Hénin, who spent 10 months as an ISIS hostage, wrote that when Germany opened its doors to Syrian refugees, jihadis were flummoxed. Their response was a videotape urging refugees to turn around and head for the Islamic State.

But recent events have given the extremists hope, according to analysts. ISIS has declared its worldview vindicated by the rising electoral prospects of anti-Islam parties in Europe. And in the U.S., leading Republican presidential candidates have joined in attacking the gray zone. It was after the terrorist attacks in Paris and San Bernardino, Calif., that Donald Trump proposed “a total and complete shutdown” of U.S. borders to Muslims. Following Brussels, Ted Cruz called for police patrols of Muslim neighborhoods.

“I think it’s a winning strategy for ISIS so far,” says Faysal Itani, a fellow at the Atlantic Council, a Washington think tank. “At a pretty low cost, they’ve been able to achieve what no other terrorist group has done, even Osama bin Laden and al-Qaeda, who killed 3,000 innocents in one day. We are now at a point where anti-Muslim sentiment is part of mainstream political discourse in the West.”

The strategy is not without hazards. If ISIS becomes better known for terrorist attacks than for its self-proclaimed caliphate, it risks looking like just another jihadi group. On the other hand, over-the-top reaction to Paris and Brussels demonstrates how well terrorism can work–if people let it. “The thing that a weak force does is try to act bigger than it is,” notes Harleen Gambhir, an analyst at the Institute for the Study of War. “There are ways to conceive of ISIS and to respond to ISIS that play into the image that ISIS is trying to project.”

As she speaks from her Washington office, the “breaking news” banner on CNN reads, Trump: America not safe for Americans. Gambhir sighs. ISIS remains formidable, she says, both in Syria, where its retreats have been orderly, and in chaotic Libya, where an affiliate has gained ground. But in the West, she says, the picture is very different.

A post-Brussels study by the New America Foundation rated the danger of terrorist strikes by the very few ISIS fighters who have returned to the U.S. from Syria as “low” and “manageable.” But there is reality, and there is fear. Gambhir cautions that ISIS still could end up dictating terms in the U.S., if only by dint of the power Americans choose to give it.

“It becomes an existential threat when we begin changing our patterns of living, or overreacting,” Gambhir says. “Then ISIS no longer just claims to have power–it actually has power, because it’s shaping the actions of its opponents.”

So perhaps there’s a third war, this one fought between understandable emotion and calm reason. And that war may be the hardest to win. 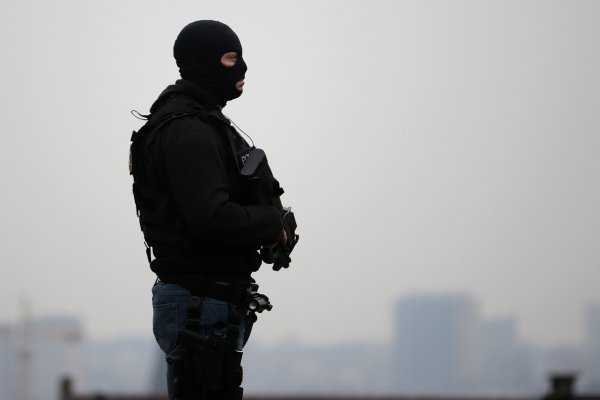 The Terrorist Threat From ISIS May Be About to Get Worse
Next Up: Editor's Pick