Will the GOP Try to Lose With Cruz?

Mitt Romney criticized him as “way over the line,” Jeb Bush blasted him for flip-flopping on immigration, and Carly Fiorina smeared him for saying “whatever he needs to say to get elected.” Now all three onetime critics have embraced Texas Senator Ted Cruz in a last-ditch effort to stop Donald Trump. And it’s not necessarily because they think he can win.

With Trump inching up in the delegate race on the path to the nomination, the notional leaders of the Grand Old Party have been facing a Hobson’s choice: whether to rally behind the front runner or try to stop him in his tracks, an option that could alienate Trump’s supporters and risk permanently splitting the party.

Still, with each week, more prominent Republicans are casting their lots with Cruz, hoping that a tumultuous convention will produce another nominee. One senior Republican operative, who is working for Cruz but doesn’t believe he can win, explains his decision. “Let’s give the king of the Tea Party the nomination and get behind him, and pray that breaks the fever,” the operative tells TIME.

The growing #NeverTrump movement includes governors, Senators, top donors, political strategists and grassroots activists scrambling to extricate the party from what increasingly appears to be a no-win situation. It is a disorganized effort with no formal leader or script. Its members do what they want, speaking out on television and in newspaper columns, running tens of millions of dollars’ worth of last-ditch negative ads and generally wringing their hands. They have also begun to attack those who are siding with the Manhattan developer: Our Principles PAC, a GOP super PAC opposing Trump, has criticized Republicans like New Jersey Governor Chris Christie who have lined up behind him.

Even if the stop-Trump crowd succeeds, there is the complicated matter of who might take his place on the ballot. Cruz, the leading alternative, is disliked nearly as much as Trump by moderate Republicans and independent voters and trails both Clinton and Senator Bernie Sanders in head-to-head polls. The only remaining candidate who appears to have a chance of beating Clinton, according to recent polling, is Ohio Governor John Kasich, who has won only his home state and whose path to the nomination would take multiple ballots at the Cleveland convention in the best of circumstances. Even then, his delegate count leaves him long odds. More unlikely still would be the emergence of a white knight to rescue the party at the convention.

So for now, the smart anti-Trump money seems to be on Cruz. Even South Carolina Senator Lindsey Graham, who once mused that having to choose between Trump and Cruz would be like deciding between being shot and being poisoned, has come around on the Texas Senator. “You might find an antidote to the poisoning–I don’t know, but maybe there’s time,” he quipped on The Daily Show. He didn’t sound confident. 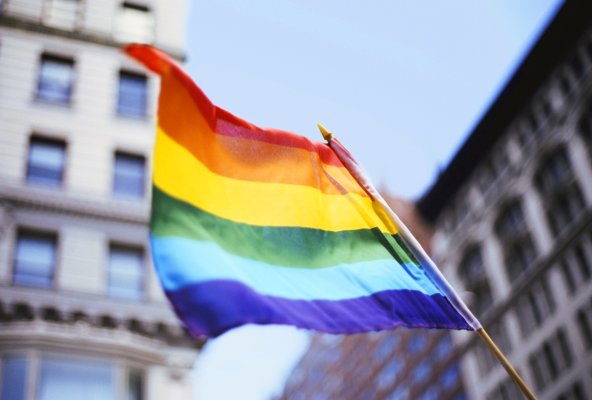 LGBT Republicans Struggle With 2016 Choices
Next Up: Editor's Pick