Syrian President Bashar al-Assad gestures during an interview in the capital Damascus on February 11, 2016.
JOSEPH EID—AFP/Getty Images
By Rishi Iyengar

Syrian President Bashar al-Assad hinted at a possible compromise with opposition parties this week, saying it would not be difficult to include them in a new government and bring the Middle East nation’s five-year civil war to a close.

Assad told Russian news agency RIA that a draft constitution, amenable to participation by sections of his existing administration as well as opposition and independent representatives, could be ready within weeks, according to Reuters.

“These are not difficult questions,” the controversial Syrian leader said, referring to the division of portfolios and other yet-to-be-determined details.

But the opposition, currently engaged in U.N.-brokered peace talks with Assad’s government set to resume in Geneva next month, rejected his statements on Wednesday.

“What Bashar al-Assad is talking about has no relation to the political process,” George Sabra, a representative of the opposition’s High Negotiations Committee, told Reuters, adding that a transitional body independent of Assad must be set up to reach a resolution.

The United States, one of the mediating parties, echoed the opposition’s sentiment that Assad’s ouster is non-negotiable.

“I don’t know whether he envisioned himself being a part of that national unity government,” White House spokesman Josh Earnest said. “Obviously that would be a nonstarter for us.” 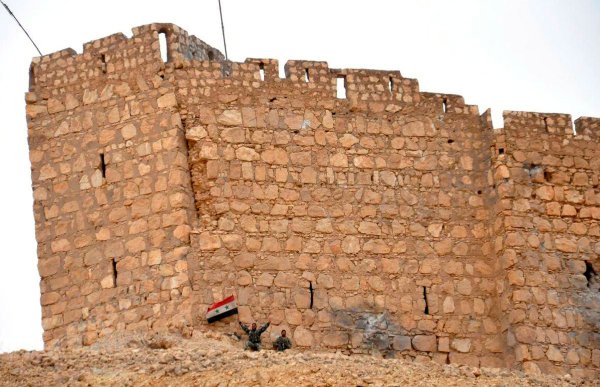 Syrian Troops Drive ISIS Out of Palmyra
Next Up: Editor's Pick