When Lawyers Choose to Defend the World's Worst Terrorists

On Thursday, his current client formally agreed to be extradited to France to face more questioning — all in a day’s work for an attorney who regularly defends alleged jihadi recruiters and accomplices of pedophiles, clients many would consider the worst of the worst.

Defense lawyers like Mary face challenges most attorneys never experience, including heightened attention from the media and criticism for acting as an advocate for someone accused of heinous crimes.

“Everybody hates you,” says Ron Kuby, who defended Omar Abdel-Rahman, the “blind sheikh” convicted of plotting to bomb New York City landmarks. “Your family is pissed off at you. The women in your life think you’re an asshole for representing these people. The government is out to get you. It’s not fun.”

Mary is the lead attorney defending Abdeslam, who was arrested this month in connection with November’s Paris attacks that killed 130 people. His March 18 arrest may have even put in motion the bombings last week in Brussels that killed dozens and injured more than 300 people.

Prior to defending Abdeslam, Mary’s most prominent clients included Fouad Belkacem, a spokesperson for Sharia4Belgium, a radical Salafist group, and Michel Lelievre, who was involved in a sex-slave ring involving young women. Belkacem was sentenced to 12 years in prison; Lelievre was sentenced to 25.

Mary is just one of many lawyers who return time and again to defend the seemingly indefensible. Judy Clarke is perhaps the most famous, having helped defend Unabomber Ted Kaczynski, Tucson mass shooter Jared Lee Loughner and Boston bomber Dzhokhar Tsarnaev.

Neither Mary nor Clarke could be reached for comment, but lawyers with experience defending clients like Abdeslam say it requires a mental leap to overcome the near-universal presumption of guilt for the defendant.

“You have to put behind the idea that everyone wants this person convicted,” says Chris Tritico, a Houston attorney who defended Oklahoma City bomber Timothy McVeigh. “Our job is to protect this person’s right to a fair trial and to defend him to the best of our ability.”

John Henry Browne, who defended serial killer Ted Bundy, says if he were defending Abdeslam, he would argue that he was brainwashed and didn’t have the ability to form criminal intent. “I think that’s the only thing the defense lawyer could do,” Browne says.

While it’s uncertain what Mary’s legal strategy will be, he has made clear that he takes on clients like Abdeslam so they’re able to stand up to what he often sees as governmental abuses of power. Before defending Abdeslam, Mary had publicly said he would take him on as a client if asked. “If someone is described as public enemy number one, I want to fight that abuse of authority,” Mary told the Belgian edition of Metro.

Read more: How Europe’s Most Wanted Man Was Finally Caught

That’s a desire shared by many lawyers who have defended similar clients. “When the government is after genuine bad guys, it tends to overreach, which creates precedents of diminutions of civil rights,” Kuby says, adding that he often takes on cases where he feels there are overzealous prosecutions.

Most lawyers who defend individuals like Abdeslam say they’re often not trying to argue that their client had nothing to do with the crimes to which they’re accused; instead, they’re just trying to ensure they receive a fair trial.

“You don’t justify the act,” Tritico says. “We didn’t go in and say that McVeigh was justified in killing 168 people. But there are other ways to mitigate the case. The system works when everyone gets a fair trial, including the people that we hate.”

And Mary himself has said as much. He told French newspaper L’Express that he wouldn’t have defended Abdeslam if he had said he had nothing to do with the Paris attacks. “That would bore me and I wouldn’t defend him,” he said. 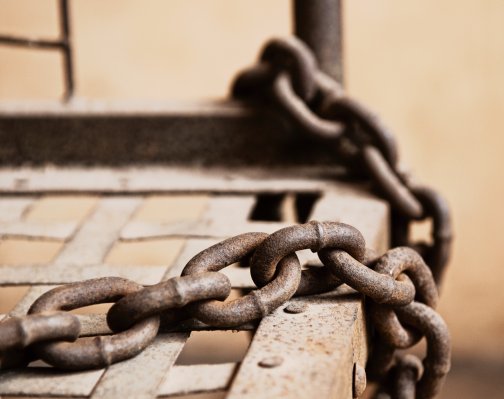