Ice melting from Antarctica could drive more than 3.5 ft. (1.1 m) in global sea-level rise by 2100 without action to curb greenhouse emissions, according to new research.

The findings, published in the journal Nature, paint a grim picture of cities across the globe inundated with water, and melting ice from Antarctica represents only one source of sea-level rise. Ice melt from Greenland and glaciers located elsewhere — as well as the expansion of seawater due to warmer temperatures — could also add additional feet to current sea levels.

“As we learn more about the ways that ice sheet are capable of losing ice, our revisions are going higher and higher,” says NASA climate scientist Joshua Willis, who was not affiliated with the study. “There are a lot of processes that we’re really just beginning to recognize and understand.”

The study, produced by Rob DeConto of the University of Massachusetts Amherst and Penn State University’s David Pollard, is the latest in a slew of research to suggest that humans do not fully understand the risks of sea-level rise and lack adequate preparation.

DeConto and Pollard relied on a computer model that incorporates historic climate and ice-sheet data to project future changes. Models have suggested that ice melt does not occur in a linear fashion as temperatures increase thanks to a number of processes, including the splitting of ice sheets. In part due to that phenomenon, sea levels were as much as 30 ft. higher than today as recently as 115,000 years ago, a period of exceptionally warm temperatures known as the Last Interglacial, according to the study.

Grim results for the modern world could come fast with major ice-sheet loss as soon as 2050, the researchers say, and the processes driving ice-sheet loss could take centuries to reverse once they are set in motion. Total sea-level rise from Antarctica could total more than 40 ft. (13 m) by 2500 without action.

DeConto and Pollard also tested models that assume humans act to curb greenhouse-gas emissions. The most aggressive action on climate change — a scenario that calls for net-zero or negative carbon emissions by 2100 — would result in negligible sea-level rise due to Antarctic ice melt by 2100, according to the study. Such a scenario could be feasible if world governments follow through on the Paris Agreement, which calls on countries to aim to keep temperatures from rising more than 2°C (3.6°F) above pre-industrial levels by 2100.

But achieving such a goal may be easier said than done. The agreement came only after many failed starts, and levels of warming already seem to be approaching the Paris Agreement’s 2°C threshold. February saw the most unusually warm temperatures ever recorded — 1.2°C (2.2°F) higher than the average global temperature in February during the 20th century. And, even if temperatures are kept below the threshold, scientists may not anticipate the unexpected processes that occur with even 1.5°C of temperature rise.

“We may not know until we observe it,” says Willis. “Some of these processes run away when they get started.” 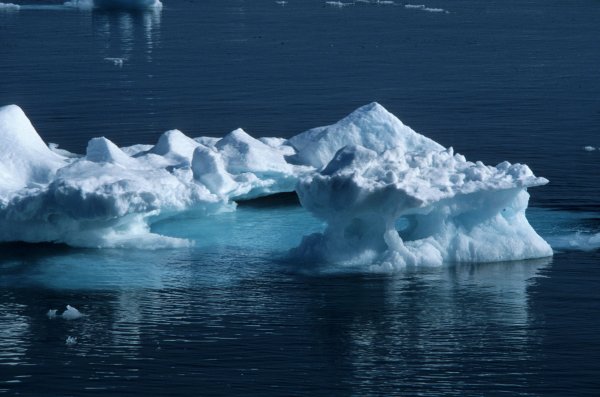