U.N. Official: We Are Acting Like Toddlers on Water Use

A water man fills drinking water from a roadside hand pump while another waits to deliver in houses in Kolkata, India, March 22, 2016.
Bikas Das—AP
Ideas
By Achim Steiner

Achim Steiner is the Executive Director of the U.N. Environment Program.

Among the many happy challenges of raising children is the surprising effort it takes to keep a toddler hydrated. Any parent knows the dribble-to-drink ratio is alarmingly high, even with special cups to contain spillage. As children grow, they become more coordinated with their consumption, and fewer and fewer mealtimes result in a load of laundry.

It’s a simple analogy, but humanity is much like the young toddler when it comes to our own collective water consumption. We are grossly inefficient and wasteful. As our population grows to 9 or 10 billion by mid-century and our economies develop, will we grow up and become more efficient with what resources we have? Or will we face ever more severe water crises around the world?

Two recently released U.N.-backed studies point to both perils and progress with our current habits.

First, the problems. Up to one-third of the global population is already subject to water stress, which means that they suffer a gap between supply of and demand for clean water. If current trends continue, this disparity could stretch to half the global population fewer than 10 years out. In isolation, this is troubling, but there are many associated issues.

Those who are forced to consume polluted water—usually for lack of other options—are exposed to disease and illness. The recent tap water crisis in Flint, Mich., is a vivid reminder for developed countries of the consequences of poor sanitation and water treatment, but water-borne illnesses are a fact of life in many parts of the world. In West Africa, water-borne diarrhea is the third most common cause of child mortality. Financial costs are also incurred: inadequate sanitation has cost Indonesia up to $6.3 billion and the Philippines $4.1 billion annually. The opposite is also true, however. In South Africa, estimates show the country could save $150 million per year by 2030 by improving water productivity.

Water pollution and over-withdrawal accelerate the degradation of bodies of water by impeding the proper functioning of the ecosystem. Climate change, which is already affecting the water cycle, will only compound these problems.

The world stands to lose livelihoods as well. New U.N. figures show that nearly 1.5 billion people—half of all workers—have jobs in water-related sectors. Availability of freshwater is critical to virtually every single job on the planet. Poor water management at work can yield unemployment, but it can also yield casualties. Almost 400,000 work-related deaths are caused by communicable diseases, for which the main contributing factors are poor quality drinking water, inadequate sanitation and poor hygiene.

There is evidence now, though, that we are becoming more mature in how we consume our lifeblood. Between 1900 and 2000, the global economy expanded 30-fold. Global water consumption only grew six-fold.

The distribution of this efficiency is inconsistent, however. In the developed world, the ratio of domestic water use to GDP has been declining. Australia realized 30% GDP growth as total water consumption declined by 40% between 2001 and 2009. Some developing countries have realized progress, too. Chinese regulations leveled out the rate of water consumption in the 1980s while GDP boomed.

Many countries have more mixed track records. Despite global progress, governments have often prioritized gaining access to more supply. This is akin to a child taking a sip of water, purposely spilling the rest, and then asking for another cup. Investments in better and more efficient water resource management systems have been less popular.

Our marginal gains are masked by increasing populations, urbanization and economic activities that exacerbate water scarcity and pollution. We will have to mature together for true gains to be made. With this in mind, governments can take steps to “decouple” economic growth from water use and pollution.

Understanding is key. Investments can be directed to research and development of technology that improves water use efficiency. Research also needs to be strengthened to demonstrate the value of healthy ecosystems. That is, we need to better realize how healthy ecosystems serve economies and societies upstream and downstream, both literally and figuratively.

Governments can also remove disincentives to good water management. If fines for polluting water resources are too low, for example, this will likely discourage efforts at water resource protection.

Perhaps one of the more intriguing solutions involves setting up markets for “virtual water.” Virtual water refers to the amount of water required to produce a product, and is deemed “virtual” because most of the water is not contained in the final product. While enabling trade would not itself lead to reduced water use, it would help to determine imbalances and international patterns of water usage, and help identify countries where decoupling water use from economic growth is most needed.

Water is a shared resource and a shared responsibility. While governments can play a major role, individual and corporate decisions will have a large impact on both its availability and quality. As our population and economies grow, demand for limited water resources will inevitably increase. We will need to mature and become water-wise together as we grow. If we don’t, we may go back to the tap one day to find we’ve wasted the last drop. 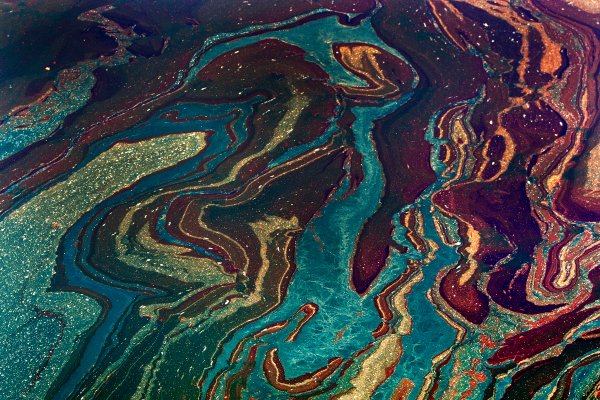 Rep. Raúl Grijalva: How to Prevent the Next Oil Spill
Next Up: Editor's Pick