Exclusive Video: Behind the Scenes of HBO's Robert Mapplethorpe Documentary

TIME LightBox spoke with Mapplethorpe: Look At The Pictures co-director and co-producer Fenton Bailey for a Q&A. The film coincides with the launch of major exhibitions at the Los Angeles County Museum of Art and the J. Paul Getty Museum, which opened in March.

TIME LightBox: Why were you interested in producing a film about Robert Mapplethorpe?

Fenton Bailey: Randy [Barbato, Bailey’s co-director and co-producer] and I were living in the East Village in the early 1980s. We knew his name. Mapplethorpe was almost a brand. After his death and before we even made the film, we were more aware of his reputation than his work, so making the film was a voyage of discovery for us.

TIME LightBox: Since Mapplethorpe’s death 27 years ago, he remains a kind of legend of his time. How do you bring something new to the table?

Fenton Bailey: A lot has been written and said about him, but we haven’t really heard from Mapplethorpe himself. When you’re making a film about a deceased subject, making them feel present is a big challenge. This film is unique in that it is his story told in his own words. He’s the narrator, divulging his perspective on his work and what it meant to him.

TIME LightBox: How did you approach research for this film?

Fenton Bailey: We took in everything we could get our hands on. We read Patricia Morris’ biography of Mapplethorpe, we dug up archival material and hunted down every kind of interview he had done. Making a film like this, research is critical. There’s no way around immersing yourself in all that material. Only then could we really identify with and understand the artist. You enter into this intimate relationship with the subject and get completely taken over by him. You eat, breathe, sleep Mapplethorpe.

TIME LightBox: His work is expectedly explicit and of course you knew that going in, but was there anything that shocked you?

Fenton Bailey: Most shocking to us was how honest he was about who he was. It’s been said that Mapplethorpe didn’t like to talk about his work or couldn’t talk about it, but he was actually very articulate—not in a sense of being an art critic (he was sometimes sparing in his words), but in the way he expressed what he was doing and why he was doing it.

He was gay and, as they say, “out of the closet.” But in a larger sense, he was out of the closet on many things. He felt that you can’t sit around waiting to be discovered. It isn’t enough just to create great work, but you have to showcase that work so it gets noticed. You have to make the world take notice of you. He was honest about admitting it at a time when people weren’t open about that. Some may be critical of that, but I think he would call them out on their bullshit.

TIME LightBox: Mapplethorpe had many subjects and lovers in his photos. How did you incorporate those subjects into the film?

Fenton Bailey: He photographed all these different things, from celebrities to flowers to explicit sexual activity. Someone once asked Mapplethorpe what they all have in common. He said it was the way he sees them, his eye. That was our approach. As filmmakers, we sought to take that same approach. We felt he was our narrator and at every turn, we asked, “What would Robert do?”

He also worked with a number of key people. He was a singular artist, but a serial collaborator. Jack Walls, his last boyfriend, was the very first interview we did. That was a huge revelation to us, that here was this artist who was fascinated by light and dark, good and evil, black and white. But also he was always working with someone else. Whether it was his first boyfriend, David Croland, or his last, Jack Walls, or his brother, Edward Mapplethorpe, these were all a series of intimate collaborations.

That’s when we realized that for Mapplethorpe there wasn’t this clear distinction between his life and his work. They were intertwined. And if we were going to understand the work, we had to tell the story of his life. They’re not one and the same, but they are sort of interconnected, inseparable.

TIME LightBox: How did you approach the sexually explicit nature of his photography?

Fenton Bailey: From the beginning, we wondered if we would be able to show this material on HBO. But HBO is great about giving filmmakers creative freedom and rather than worry about that, we went ahead and made the film. And you know what? They didn’t have a problem with any of it.

It’s only when you look at the picture completely in isolation and out of context that you could twist it. That is what Jesse Helms [the former United States Senator] tried to do and what people are always trying to do, is take a handful of pictures out of context, and call it pornography, and get everybody all worked up. But if you look at the work in the full context of his life and alongside all the pictures he took, they’re beautiful and far from obscene.

Fenton Bailey is an award-winning filmmaker. The HBO Documentary Film “Mapplethorpe: Look At The Pictures” will debut April 4 on HBO. 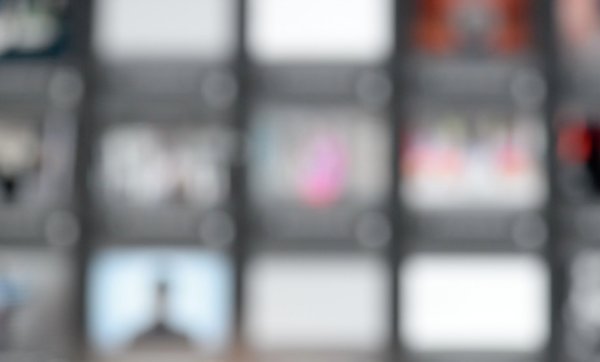 How to Survive Your Portfolio Review
Next Up: Editor's Pick