The first U.S. liver and kidney transplants from a donor with HIV were completed at Johns Hopkins Medicine.

It’s estimated that up to 600 people who have HIV and could be donors die each year. If their organs could be used for transplant, experts at Johns Hopkins think that more than 1,000 people could be saved. However, laws previously prohibited surgeons from using organs from HIV positive people. In 2013, the HIV Organ Policy Equity Act was passed, which made it possible for scientists to research organ donation from one person with HIV to another person. In January, Johns Hopkins received approval from the United Network for Organ Sharing to perform the surgery once a candidate and donor were identified and the procedures were recently completed.

Approximately 122,000 people are on the transplant waiting list in the U.S. at any period and there is a perpetual shortage of donors. “We are very thankful to Congress, the President and the entire transplant community for letting us use organs from HIV-positive patients to save lives instead of throwing them away, as we had to do for so many years,” said Dr. Dorry L. Segev, professor of surgery at the Johns Hopkins University School of Medicine, in a statement.

The identities of the liver and kidney recipients are not released, but Johns Hopkins says the organs are functioning well. The kidney recipient has been living with HIV for more than 30 years and had been on the transplant list for years. The surgery went without complications and the person is at home and doing well. The liver transplant recipient has been living with HIV for over 25 years. The person is still in the hospital, but is doing well and is expected to be discharged in a few days. 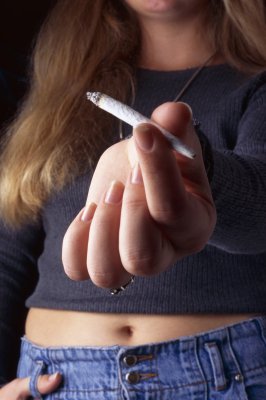 The Genes for Pot Addiction Have Been Identified
Next Up: Editor's Pick