The Biggest Party in Brazil's Ruling Coalition Has Quit

The biggest party in Brazil’s ruling coalition has elected to swiftly detach itself from the government of President Dilma Rousseff in what amounts to a damning vote of no confidence in the scandal-plagued leader.

On Tuesday, the leaders of the Brazilian Democratic Movement Party (PMDB) voted that the party’s remaining ministers in Rousseff’s cabinet must resign, the BBC reports. Some say the move increases the chances of Rousseff’s impeachment.

It is the latest development in a historical political crisis that has reached the highest echelons of Brazil’s government. Members of the country’s opposition have accused Rousseff of exploiting government accounts to bolster her re-election campaign in 2014 — accusations she has denied. Last week, she insisted that she would not step down from office, because she had “committed no crime.” 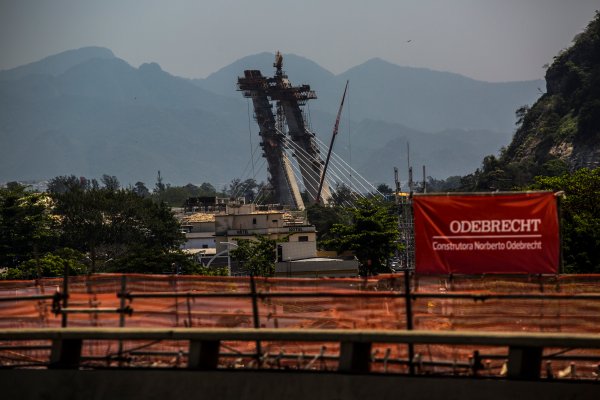 The Rio Olympics Could Be the Next Victim of Brazil's Corruption Scandal
Next Up: Editor's Pick