You Asked: Should I Try a Fasting Diet?

Benedict Cumberbatch is doing it. So is Jimmy Kimmel. But unlike most celebrity-sanctioned diets, there’s actually some compelling science to support its purported benefits. It’s sometimes called the 5-2 diet—meaning five days of normal eating followed by two days of severe calorie restriction—though it’s more commonly referred to as intermittent fasting. No matter what you call it, avoiding food for hours or even days at a time appears to be more popular than ever.

“Most people are putting something in their mouths essentially every waking hour,” says Mark Mattson, a neuroscientist and researcher at the National Institute on Aging. “But from an evolutionary perspective that’s not how people or animals are genetically geared to eat.”

The benefits of occasional bouts without food seem to be many. For instance, a 2010 study of obese women found those who fasted two days a week for six months dropped nearly 13 pounds. (The women were allowed about 600 calories of food—vegetables, fruit, and a little skim milk—even on fasting days.) Compared to women who stuck with a more traditional diet that cut calories every day of the week, those who fasted lost more weight and a greater percentage of body fat, the study shows.

Why? The body converts food into glycogen—a form of energy that it can store for later use. Your body then squirrels away that glycogen in both fat cells and in your liver. “If you’re eating all day, the stores of glycogen in your liver are never depleted,” he says. On the other hand, after about 12 hours without food your liver runs out of glycogen, at which point your body starts drawing energy from the glycogen stored in your fat cells.

The plan’s benefits may extend far beyond weight loss, says Mattson. “We’ve found that mice or rats that maintain alternate-day fasting have brain neurons that are resistant to the kind of damage associated with Parkinson’s, Alzheimer’s, and even stroke,” Mattson says. He’s in the middle of a study that seeks to confirm these brain benefits in people.

Another proponent of fasting is Dr. Valter Longo, a professor of biological sciences at the University of Southern California. One of Longo’s recent experiments involved a small group of people who fasted for five consecutive days once a month, three months in a row. Among the study participants, markers of cell regeneration increased, while risk factors for diabetes, cancer, cardiovascular disease, and aging all dropped, he says.

Other fasting researchers say some of these beneficial metabolic changes may increase the longer you go without food.

“We know that the accumulation of cellular damage is the cause of many diseases,” says Dr. Luigi Fontana, a professor of nutritional science at Washington University in St. Louis and Italy’s University of Brescia. But when you go long periods without food, the resulting metabolic changes appear to stimulate “autophagy,” or a natural cleaning out of your body’s damaged cells. “Cells start to eat dysfunctional proteins, organelles, and mitochondria, and this kind of cleaning of garbage and regeneration may be very beneficial,” he explains.

While a lot of unanswered questions remain, he says he could foresee a time when doctors prescribe two- or three-week fasts every few years to promote the culling and replacement of damaged cells.

On the less-extreme end of the fasting spectrum, so-called “time-restricted feeding”—or limiting food intake to just a few hours each day—also has its benefits. Mattson himself practices this sort of diet; he eats all of his daily calories in a roughly 6-hour window, starting in the afternoon.

“At first it’s a big shock to your system to go a day or most of a day without food,” he says. (In his experiments, people who go on fasting diets report anxiety and irritability, and occasional headaches. Basically, they get hangry.) “But after two weeks to a month, you get used to it,” he says.

Both he and Longo are quick to point out that there’s no research to show which form of fasting is “best.” Also, both recommend consulting a doctor before attempting any form of prolonged food restriction. “Especially for people with diabetes or other metabolic diseases, fasting could trigger hypoglycemia or other dangerous reactions,” Longo says.

But, Longo says, it’s equally clear that “eating all day long every day is a very bad idea.” 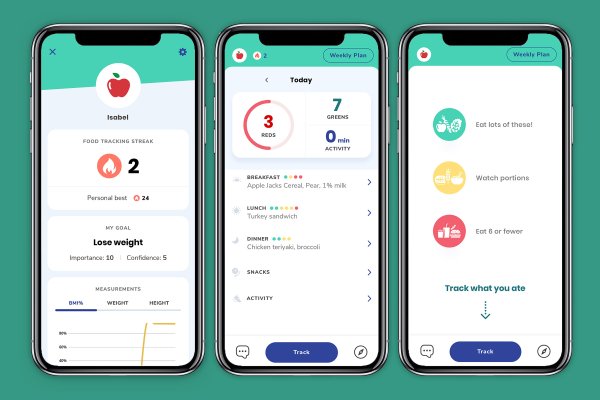