The disc includes a number of special features—including casting videos, a mini-doc on fans and rehearsal footage—but the deleted scenes add the most valuable context to the movie.

Here’s a look at each. Spoilers ahead, obviously.

Finn and the Villager

After Resistance pilot Poe Dameron is captured early in The Force Awakens, Finn has a crisis of faith when he’s ordered to help murder villagers on Jakku. Here we see Finn encounter a female villager, who expects Finn to kill her and her child. He instead lowers his weapon, clearly at odds with his mission.

Of all the deleted scenes, this is the one I wish was left in the movie.

Here, a Resistance solider tells General Leia Organa about the First Order’s attack on Jakku. He adds that there’s no sign of BB-8, Dameron’s rolling droid, which Leia interprets to mean BB’s helping complete Dameron’s mission. When the soldier asks Leia if he should inform the Republic (the galactic government), she says they need to be “smarter than that.”

That’s a hugely telling line. It brings up a plot point that, while critical, lurks mostly in the background of The Force Awakens: Leia has absolutely no trust in the Republic. (The Resistance and the Republic, while allies on paper, have a fraught relationship in the era of TFA.)

While there’s pretty much zero plot here, the scene is a nice visual throwback to the classic Star Wars trilogy. But it does establish that the Resistance pilots didn’t just show up out of thin air to help Han, Chewie, Rey and Finn after the First Order attacks them on Takodana.

Remember when baddie Kylo Ren showed up to face his father, Han Solo, on Starkiller Base? Turns out he knew Solo was around because he found the smuggler’s ship, the Millennium Falcon, crash-landed in the snow.

Here’s a short action sequence showing Finn and Rey attempting to make their escape from Starkiller Base. There’s almost no dialogue, but it does further establish this: Rey’s a better pilot, Finn’s better with a blaster.

Finn Will Be Fine

Finn and Rey developed a bond over the course of the film, which found Finn badly hurt at its end. Here we see Rey nearly in tears over her new friend’s injuries—until a Resistance member comes by and reassures her Finn’ll be fine. 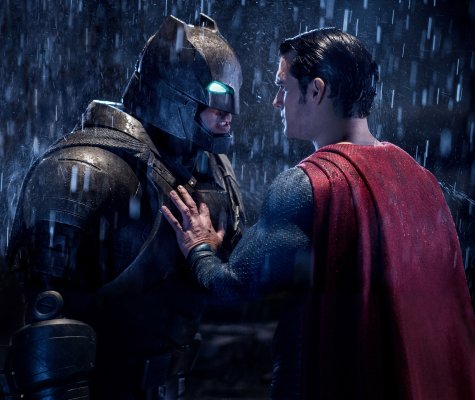 The Real Reason Batman v Superman: Dawn of Justice Was Doomed
Next Up: Editor's Pick