A victim no more, Sansa Stark will become a leader on Game of Thrones this season, actress Sophie Turner has said. “This is the season I’m most excited for. Sansa’s coming into her own and standing up for herself,” the actress told Entertainment Weekly—a surprisingly optimistic outlook for a character on a show with a reputation for brutality.

The actress has hinted that Sansa will take on a more empowered role since the character escaped the evil Bolton family at the end of season five. Turner told TIME at San Diego Comic-Con last summer that she has long had to defend Sansa against accusations of weakness, especially when compared to her warrior-in-training sister Arya Stark. But Turner says fans are finally beginning to cheer Sansa on.

MORE: We Analyzed Every Second of the New Game of Thrones Trailer

“I think people really, really respond to characters that are very strong willed…and I think Sansa keeps everything so under wraps in order for her to survive. I think people often question her motives because she doesn’t do everything on the surface,” she said. “She doesn’t fight back immediately, but she’ll get her revenge one day I think.”

That moment may come this season. At the SAG Awards in January Turner hinted, “It’s her really coming into her own. She, this season, really commands the respect that she deserves and she grabs hold of it and she runs with it and it’s really good.”

MORE: Maisie Williams on How Game of Thrones Treats Women

She told the Wall Street Journal that the character is starting to become “a leader, rather than a pawn in someone else’s game.”

But she added that the she hopes the show kills off Sansa eventually. “I don’t want to survive,” she said. “If you’re on Game of Thrones and don’t have a cool death scene what’s the point?” 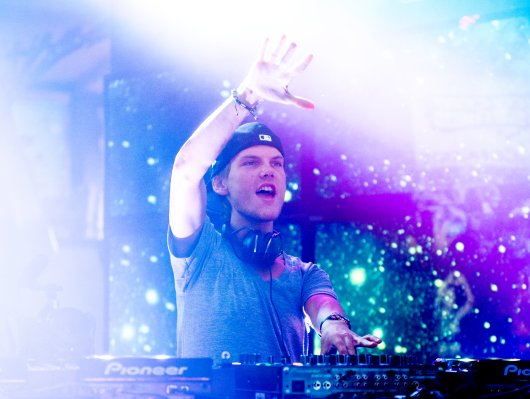 Here's Why Avicii Won't Tour Anymore
Next Up: Editor's Pick