The commander of the French Sangaris operation in Central Africa Francisco Soriano (C) speaks with two soldier in the PK4 district of Bangui on February 27, 2014. The EU has announced that its proposed contingent of troops will soon join African Union and French troops currently deployed in the country.
Sia Kambou—AFP/Getty Images
By Andrew Katz

The European Union announced on Saturday that its proposed contingent of troops for the conflict-torn Central African Republic is preparing to deploy after a delay in securing troops and equipment.

Up to 1,000 troops are expected to join the 6,000 African Union peacekeepers and 2,000 French troops who are struggling to stabilize the country. Those forces were dispatched after tit-for-tat attacks around the capital, Bangui, in December left an estimated 1,000 people dead.

Untold thousands have been killed and more than one-fifth of the country’s 4.6 million people has been uprooted since then. Largely Christian militias have brazenly retaliated against the disbanded Séléka coalition of mainly Muslim rebels, who toppled the state a year ago, for a vicious campaign of looting and murder against the Christian population. The militia groups, called anti-balaka, have forced an estimated 300,000 Muslims into neighboring countries and pushed aid groups and experts to warn of “ethnic cleansing.”

An E.U. release provided to TIME confirmed the decision came after a meeting in Brussels on Friday, when yet-to-be-named countries offered new support in the form of strategic airlifts and help in deploying the troops. A spokeswoman for Catherine Ashton, the E.U.’s foreign policy chief, told Reuters that Major-General Philippe Ponties of France recommended the long-awaited launch “on the basis of significant progress.”

The use of force was authorized by the U.N. Security Council in January on the assumption that E.U. troops would “take all necessary measures” to aid troops already on the ground for an initial period of up to six months. The goal will be to make Bangui more secure before handing over control to the African Union.

Aid groups and regional experts have warned for months that there aren’t enough troops to restore order and that additional support is necessary, especially in the northwest region. U.N. Secretary-General Ban Ki-moon has asked the Security Council to authorize thousands more peacekeepers in a bid to bring stability, but that force would not deploy before the end of the summer. The E.U.’s move comes days after Amnesty International said it must “immediately” act on its plans amid a recent surge in deadly attacks in the capital. 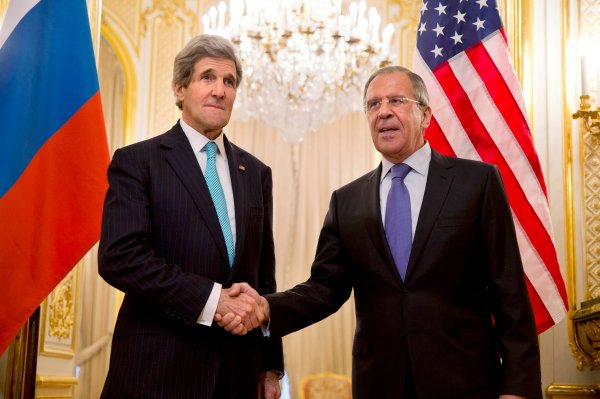 Can They Work It Out?
Next Up: Editor's Pick