Emilia Clarke in “Game of Thrones” on HBO
Macall B. Polay—HBO/courtesy Everett Collection
By Tara John

Game of Thrones gets plenty of criticism for its depiction of women. But the most boss woman on the show—Emilia Clarke, who plays Daenerys Targaryen, or Khaleesi—says the hit HBO series isn’t sexist.

“Yet that’s what’s beautiful about Game of Thrones—its depiction of women in so many different stages of development,” Clarke told Entertainment Weekly. “So it pains me to hear people taking Thrones out of context with anti-feminist spin. It shows the range that happens to women, and ultimately shows women are not only equal, but have a lot of strength.”

Read more at EW.com. The show returns to HBO on April 24. 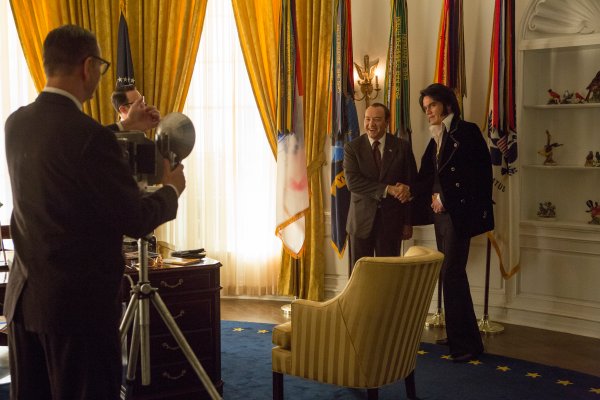 Kevin Spacey and Michael Shannon Revive a President and a King in Elvis and Nixon
Next Up: Editor's Pick