Tom Hiddleston's Butt Has Its Own Hashtag

Tom Hiddleston’s posterior was the point of discussion when the actor made an appearance on The Late Show with Stephen Colbert.

The late-night host remarked on the attention lavished on Hiddleston after his bum was aired in the U.K. in the upcoming television show, The Night Manager. His derrière was such a hit with fans that it got its own hashtag, #Hiddlesbum.

“My parents would be so proud” said the classically trained actor.

Watch it all in the video above. 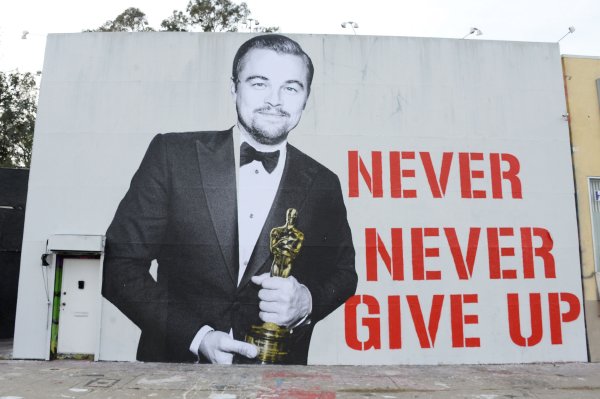 Someone Immortalized Leonardo DiCaprio's Oscar Win With a Giant Mural
Next Up: Editor's Pick