Not All Hackers Are Evil

Getty Images
Ideas
By Katie Moussouris
Katie Moussouris is a consultant on hacking and security, a visiting scholar with MIT Sloan School, a New America Foundation Fellow and a Harvard Belfer affiliate.

In the 1983 movie WarGames, a teenage hacker nearly starts a nuclear war. This premise frightened President Ronald Reagan so much that the following year lawmakers passed the Computer Fraud and Abuse Act, which made hacking a felony. The prevailing wisdom was that hackers were dangerous because of the power they could wield over the increasingly computerized world.

But not all hackers are evil. In fact, the Internet today could not exist without their skills in uncovering security weaknesses and the willingness of many to report those holes to get them fixed.

We have reached a major turning point in the prevailing attitude toward hackers. The very government that created laws to deter them is now inviting them to work for it. In a move that would have​ ​been unthinkable just a few years ago, the Department of Defense recently announced plans to​ ​launch a new program, which I helped them create, called “Hack the Pentagon” and is offering to pay hackers for​ ​finding security flaws in government websites.

The Department of Defense needs all the help it can get. Governments accustomed to military and economic dominance around the world are​ ​faced with the stark reality that in order to win the cyber arms race—and protect to the​ ​Internet on which commerce, communications and critical infrastructure rely around the​ ​world—they must embrace hackers. Visions of super soldiers in science fiction of the​ ​past may not have included men and women sitting behind keyboards. But today those same men and women are responsible​ ​for creating our technological world—and are equally capable of unleashing destruction upon it.

With fierce competition for technically capable individuals in private industry, some estimates state that we have a shortage of 1 million security workers in the U.S. This puts the U.S. at a distinct disadvantage compared to countries such as China, which can recruit from its population by coercion if necessary to fill its ranks of hackers to carry out both military campaigns and economic espionage against other countries. In a free society, the only way to identify technical talent among the population is to both provide safe harbor for people with the skills to hack and to offer cash compensation in the form of “bug bounties” for identifying security holes.

Hence, this major shift in policy. Hack the Pentagon is a necessary step in establishing our security in a future that depends on the Internet. With a growing gap in STEM capabilities in the youth of the U.S., the program could also be an inspiration to young people deciding on college majors today and help close that critical gap.

When the world was in the middle of the Cold War, the U.S. faced a similar problem in asserting and maintaining its technological dominance. The Space Race served to mobilize and inspire the populations of both the U.S. and Soviet Union to compete to reach the next frontier of war. Those who controlled space would have a clear advantage in military capability.

Televising the successful launches of both of the emerging superpowers was not just propaganda to flex muscle; it also served as inspiration for the next generation to study science and math. Children played astronaut or cosmonaut. No longer were fireworks the most exciting thing kids could shoot into the skies from their backyards. Now, they were rocket ships, carrying toy soldiers into the sky, and the dreams of childhood fueled the eventual careers of future rocket scientists needed for this new age of humanity.

The lunar landing was not just one small step for man, one giant leap for mankind—it was a call to arms. Hack the Pentagon, and the governments who will follow this crowdsourcing strategy for identifying vital cybersecurity talent today, are laying the foundation for the next frontier. What happens in this generation and those to come stands to shift global power so profoundly that it could mean the end of the current global economic and military superpowers, and herald the beginning of the next global empire.

The cyber space race has helped cause this shift in attitude toward hackers in the U.S.—from dangerous criminals capable of starting a nuclear war to partners in technology who are embraced and celebrated. We must recognize hackers as the precious resource they are. Hack the Pentagon can help further legitimize and inspire the population to finally Hack the Planet. 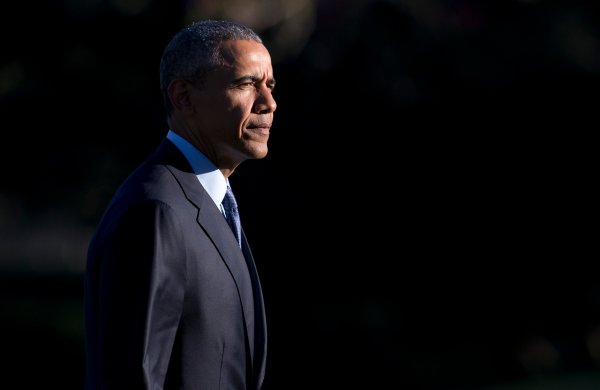