The bad: Still expensive compared to some Android phones; 16GB of storage for the entry level model

Who should buy: People who prefer smaller phones (yes, those exist)

As mobile devices have become a more important part of our daily lives, they’ve grown in physical size too. Most popular smartphones come with screens that measure around five inches diagonally, now. Some companies, like Google and Samsung, have gone even bigger.

Apple is betting that not everyone wants (or needs) a big phone.With its iPhone SE, Apple is reviving a more compact four-inch form factor that hasn’t been widely available since 2013.

Although the SE might look like an iPhone 5s, it’s certainly not built like one. The SE runs on the same A9 processor that powers the iPhone 6s and includes a 12-megapixel camera with support for Live Photos along with some other enhancements. It’s also priced much lower than Apple’s larger phones at $399 without a carrier subsidy or payment plan. (The iPhone 6 starts at $549, while the 6s has a base price of $649.)

MORE: Which iPhone is Right For You?

Using the iPhone SE has made me remember how well-built Apple’s four-inch models are. The iPhone SE’s smaller design and boxy shape makes it easier to grasp without using a case, while the iPhone 6 and 6s sometimes feel slippery because of their rounded edges.

The biggest visual difference between the iPhone SE and iPhone 5s is its rose gold color option, but Apple has made some other more subtle tweaks too. The SE’s chamfered edges now have a matte look compared to the shiner aesthetic on the 5s, and the back of the phone has a stainless steel Apple logo. The SE doesn’t feel like a cheaper iPhone. It feels like a premium device, that just happens to be smaller in size.

Apple calls the iPhone SE “the most powerful 4-inch phone,” a seemingly accurate claim since four-inch phones are increasingly hard to find. But since the SE runs on the same processor as Apple’s latest flagship, it can also keep up with larger more expensive smartphones. For example, the iPhone SE was able to load games like Dead Trigger 2 and launch its camera just as quickly as Samsung’s Galaxy S7, even faster in some cases.

It’s really the SE’s battery life that impressed me the most. After a full day’s worth of use, which included a mix of browsing the Web, checking Facebook, streaming Netflix, playing graphics-intensive mobile games, and occasionally turning on Bluetooth to pair accessories, the phone still had about 50% battery left.

All three phones captured what essentially looks like the same image, but if you look closely at the photos below you’ll notice the one taken on the SE shows bolder colors in certain spots. For example, the green rooftop in the distance is more pronounced in the SE’s photo than those taken on the two other phones.

The iPhone SE isn’t great at capturing images in low-light conditions without the flash turned on. However, it does seem like the color accuracy has improved compared to the iPhone 6, since you’ll notice the cat’s fur looks more white.

The SE’s front camera is much better at taking photos in dim areas. The SE has a 1.2-megapixel camera like the iPhone 6, but comes with Apple’s Retina Flash technology, which prompts the screen to function as a camera flash in dark situations. The front camera has a lower-resolution than more expensive flagships like iPhone 6s and Galaxy S7 (both have 5-megapixel front cameras), so expect to see a little more noise than you might with Apple’s pricier phone.

That said, the SE is leaps ahead of the iPhone 6 when it comes to taking low-light photos with the front camera. Take a look at the difference below:

Plus, the SE supports Live Photos, which captures the moments just before and after the photo was taken to create cute clips like this:

To be clear, the iPhone SE isn’t really meant to compete with high-end smartphones like the Galaxy S7 and iPhone 6s. Apple is positioning the SE as a way to make the iPhone experience more accessible to those who prefer smaller phones and may be shopping on a tighter budget, and it succeeds at that. I only decided to test the SE against the Galaxy S7 in a few cases because certain hardware aspects are similar to what you might get in a more expensive phone, like its processor and camera. At the same time, I wanted to demonstrate some of the differences between the SE and iPhone 6’s older hardware.

The iPhone SE is a Apple’s most affordable iPhone, with the 16GB model selling for $399 unlocked. The downside, however, is that you can’t upgrade the amount of storage in the iPhone like you can with some inexpensive Android phones. That means if you want more than 16GB, you have to pay $499 instead of $399. The cheaper OnePlus X, for example, also comes with 16GB of space but supports expandable storage up to 128GB. Other low-cost phones, like Motorola’s Moto G, allow you to upgrade storage as well.

There are tradeoffs to be considered whether you choose the iPhone SE or a low-cost Android phone. At $249, the OnePlus X is a little more than half of the price of the 16GB iPhone SE, and offers some impressive features (a clean Android experience, expandable storage, high-resolution front and main cameras, and a sharp 1080p screen). But it lacks certain other special features found on the SE, like a fingerprint sensor, NFC support for mobile payments, and 4K video recording. Plus, its 5-inch screen is likely too large for those who are truly looking for a phone that’s physically similar to the iPhone 5s.

Simply put, if you’re hooked on Apple’s software ecosystem, are more comfortable using smaller phones, and are shopping on a budget, the iPhone SE is the phone to get. It brings many of Apple’s newest and most important features to a phone that’s less expensive and more compact. Plus its battery life is fantastic. 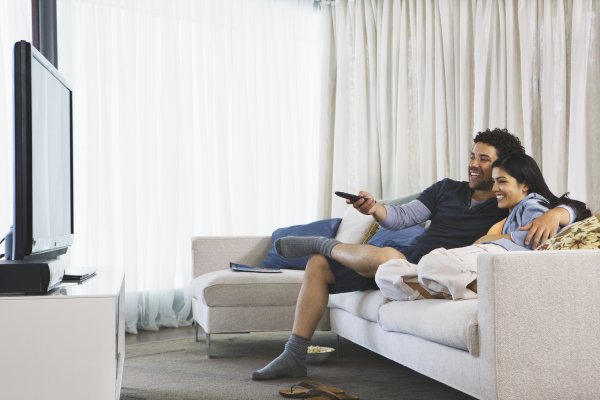 The Best TV Remotes for Controlling Absolutely Everything
Next Up: Editor's Pick