Fidel Castro Registers His Disapproval of Obama Visit to Cuba

Fidel Castro had some harsh words for Barack Obama after his visit to Cuba last week.

The former Cuban leader laid into Obama and his visit in El Granma, the official state newspaper of the Cuban Communist Party, Politico reports. Obama met with current Cuban President Raúl Castro on the historic visit, but not his brother Fidel.

“Native populations do not exist at all in the minds of Obama,” Castro wrote. “Nor does he say that racial discrimination was swept away by the Revolution; that retirement and salary of all Cubans were enacted by this before Mr. Barack Obama was 10 years old.”

Castro also harkened back to the 1961 failed invasion of the Bay of Pigs, saying, “Nothing can justify this premeditated attack that cost our country hundreds of killed and wounded.”

The former leader, now 89, also said that Cuba “has no need of gifts” from the United States.

When asked about Castro’s comments Monday, White House Press Secretary Josh Earnest said that the “fact that the former President felt so compelled to respond…is an indication of the significant impact of [President Obama’s] visit.” Earnest said Obama was able to engage with the Cuban government and Cuban people in a way that would not have been possible had he not taken the trip. 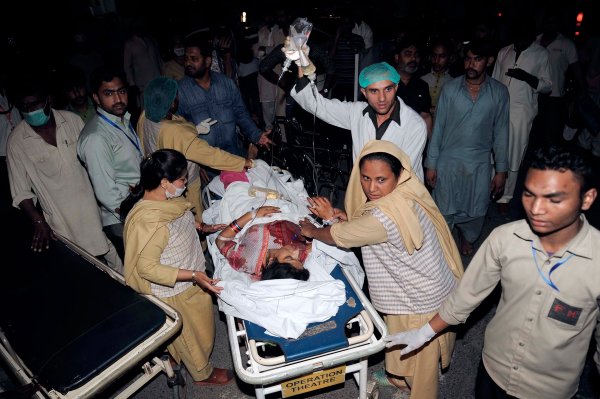