Ivanka Trump has started down a new trail: Being a mom of three!

The businesswoman welcomed her third child, a boy, with husband Jared Kushner on Sunday, March 27, she announced on Twitter.

“Jared and I feel incredibly blessed to announce the arrival of Theodore James Kushner,” she wrote, sharing a photo hours later on her Facebook page. “Baby Theodore. My heart is full. xx, Ivanka #grateful”

The announcement of a new baby on the way was a family affair for Trump, 34, and her children, who revealed the exciting news by holding up number signs in a video clip in September.

“Jared and I are thrilled to announce that we’ll be welcoming baby number 3 to our family early next year. It’s an incredible blessing,” she told PEOPLE. “We feel so grateful — and so excited!”

Hours later, the mom-to-be officially debuted her baby belly while attending an event, where she told PEOPLE she was “feeling great.”

And while the designer was excited to go public with her pregnancy, she later told PEOPLE her daughter had already spilled the beans before she could even share the news with her inner circle.

“Arabella [announced] to everyone I was pregnant prior to me announcing it to even my family,” Trump said in November. “Her whole nursery school class was congratulating me.”

One thing Arabella couldn’t share? Her sibling’s name — Trump admitted deciding on a moniker for her third child was challenging.

“I am starting to think about it,” she said. “It’s hard because I have a girl and a boy so I went through the drills. I’m dusting off my old lists.”

Before becoming a family of five, Trump and Kushner, the CEO of Kushner Companies, took a break from their busy schedules and indulged in a tropical babymoon in Belize.

“Jared and I snuck away together to enjoy a few days of R&R,” she captioned gorgeous shots of their getaway. 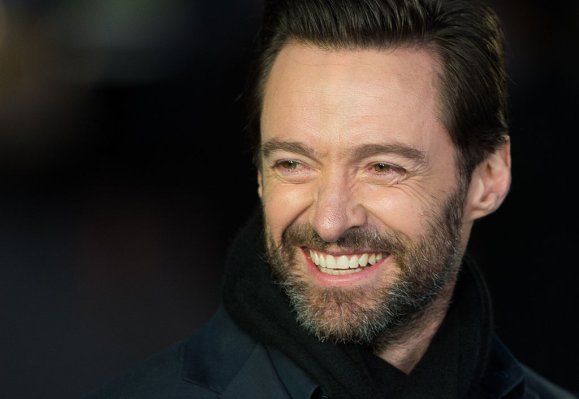 Hugh Jackman Rescues Swimmers From Riptide at Sydney Beach
Next Up: Editor's Pick