An Algerian man who helped provide forged documents used in both the Paris and Brussels terrorist attacks has been arrested in Italy, authorities said Sunday.

The man was identified by the ANSA news agency as Djamal Eddine Ouali, 40, who was part of a counterfeiting ring and was being sought by the Belgian government, the New York Times reports.

Ouali can be seen in arrest footage on his knees, surrounded by armed Italian police after being detained under a European arrest warrant in Bellizzi, a town in the southwestern Salerno Province. Authorities learned of his name during October raids in Brussels, which yielded about 1,000 digital images used to make false identity documents, according to the Times. 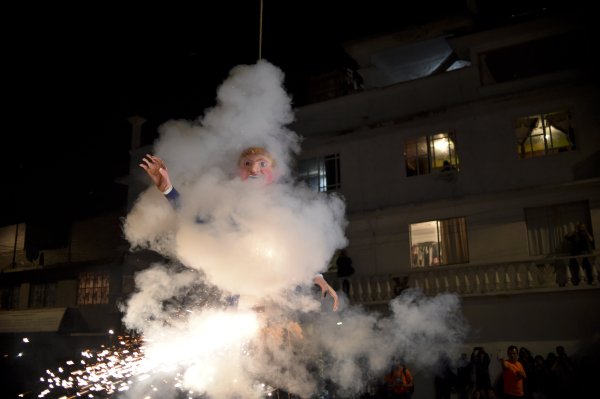 Mexicans Burn Donald Trump in Effigy During Easter Ritual
Next Up: Editor's Pick