Syrian Troops Drive ISIS Out of Ancient City of Palmyra

A handout picture released by the official Syrian Arab News Agency on March 27, 2016, shows a Syrian government soldier raising the Syrian national flag in front of the citadel of the ancient city of Palmyra after they recaptured the site from ISIS.
SANA/AFP/Getty Images
By Melissa Chan

Syrian government forces on Sunday took back Palmyra from ISIS fighters in what the army called a “mortal blow” to the terrorist group, which had claimed control of the ancient town last year.

Backed by Russian airstrikes, the combined forces drove ISIS out of the ancient city, killing about 400 ISIS militants in the process, Reuters reports. “This achievement represents a mortal blow to the terrorist organization and lays the foundation for a great collapse in the morale of its mercenaries and the beginning of its defeat,” Syrian army leadership said in a statement, according to the news agency.

Palmyra has been the site of fierce fighting since ISIS seized it last May and destroyed many relics and historic sites, including the 2,000-year-old Temple of Bel, according to the Associated Press. It will now become a “launchpad to expand military operations” against the terrorist organization, the army statement said.

The victory comes after U.S. officials announced Friday that American forces killed Haji Imam, a top deputy and finance minister for ISIS, in a raid earlier this month. 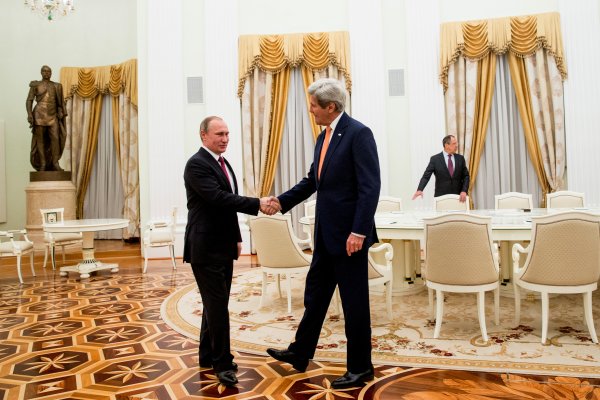 New Draft of Syrian Constitution Wanted by August
Next Up: Editor's Pick