Forward Motion, a San Francisco-based nonprofit, has combined the best parts of childhood and adulthood to create the first-ever “ball pit bar.” The pop-up event, which required attendees to be 21 years or older, was hosted at a cocktail lounge called Romper Room from March 19-20.

Ryan Lum, Forward Motion’s founder, told Mashable that finding funding for the party was the most difficult aspect of planning it. “It took a little over a year to actually make it happen as the biggest obstacle was trying to raise enough money to purchase 40,000 ball pit balls,” he said. “After several failed crowdfunding attempts, I decided to just start selling tickets to [the] event that didn’t even exist. It took a long time trying to raise the money but it was all worth it in the end.”

Read More: Watch a Guy Surprise His Girlfriend by Turning Their House into a Giant Ball Pit

Lum also said that reactions to the event were extremely positive. “I talked to many of the attendees as they left the ball pit with a huge smile on their faces. I overheard people saying things like, ‘my inner child is so happy right now.’ People loved the idea [and] wanted to know if there will be more.”

Forward Motion is already planning a second ball pit blowout that will be held at the San Francisco nightclub Monarch in April. 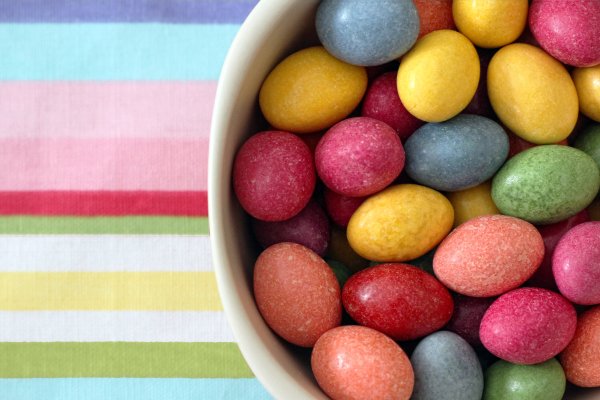 The Internet Is Going Crazy Trying to Solve This Easter Egg Puzzle
Next Up: Editor's Pick