The reviews for Batman v Superman are in, and they’re disappointingly tepid. Their most glowing features have tended to focus on a certain Amazonian princess played by Gal Gadot. As Michael Phillips wrote in the Chicago Tribune, “An hour into ‘Batman v. Superman,’ you wonder: Can we just settle this little spat and move on to Gadot’s ‘Wonder Woman’ movie?”

To get a better sense of how that movie is coming together, TIME spoke to Deborah Snyder and Charles Roven, producers of a host of DC Comics movies who count not only Batman v Superman but also Wonder Woman, due out on June 23, 2017, among their projects. Here’s everything they shared about the superheroine’s first big-screen hurrah:

The movie targets hardcore fans and Wonder Woman newbies alike: “We wanted to make sure that there were touchstones if you were a fan, but also make sure that you didn’t really need to know about her up until the time that you walk into the movie,” says Roven. “There will be Easter eggs for those who know to look for them, or hopefully just a compelling story for those who are there because they are fascinated by the idea of a female superhero.”

Wonder Woman will draw inspiration from various previous iterations, but her fundamental values will look familiar: “Even though Wonder Woman has changed as women’s place in society has changed, I think what she stands for—her pillars of truth and of love and of peace, of justice—those things are very constant,” says Snyder. “I think maybe with all the talk about gender equality, this is the right time for her to be coming and taking the spotlight from all the male superheroes.”

Gadot was cast in part for her off-screen persona: “A lot of times, kids don’t distinguish between an actor and the character. So we had to make sure that whoever we were casting would really represent who this character was and be a great role model personally,” says Snyder. “When we did the tests, all our department heads—the hair and makeup, the stunts—they were rooting for her, just the way she carried herself. She really embodies all these things we were looking for.”

The movie is not merely targeting a female audience: “For me, as a woman, getting her story right [is] more for the young girls,” says Snyder. “They need role models and they need to see not just Batman and Superman but women superheroes.” Still, Snyder continues, “She’s very universal. I think for men to see such a strong, powerful woman is a really great thing, too.”

Her costume was designed to resemble armor: Zack [Snyder, director of Batman v Superman] and [costume designer] Michael Wilkinson said, ‘We want to make sure that she’s a warrior, that her costume feels ancient because she’s immortal.’ We went for something that felt more like armor, that was more practical.” Is it still a little bit sexy? Sure it is, but that doesn’t bother Snyder. “Women can be strong and beautiful and intelligent and tough—we’re complex people and part of our freedom is that we get to express ourselves in many ways.”

They prioritized hiring a female director: Wonder Woman will be directed by Patty Jenkins, who wrote and directed the 2003 drama Monster, for which Charlize Theron received an Oscar. “I really wanted a female director,” say Snyder. “Patty Jenkins is going to be the first female director to direct a studio tentpole action movie, and I felt like for Wonder Woman, how could you not hire a woman? We’re bringing this iconic feminist character to the screen for the first time, it should be from a woman because we need more women behind the camera.” (Aaaand, mic drop.)

The producers don’t see the future of all female superhero movies as riding on the success of Wonder Woman: Roven admits that “If the film’s not successful, they’re going to go, ‘Well, there you go, that proves that you can’t make a female superhero movie.’” But he doesn’t view the situation in such binary terms. “Hopefully we’ll be successful and we don’t have to have a post-mortem discussion like that, but if the film wasn’t successful I would simply say that we just didn’t get it right, as opposed to the idea of, it isn’t worthy.” 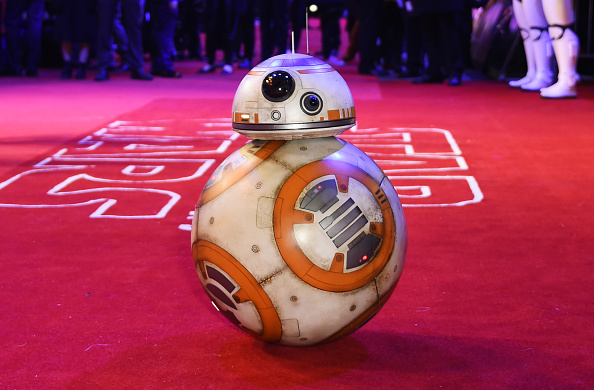 Here’s BB-8 in a Bow Tie to Wish You a Happy Easter
Next Up: Editor's Pick