In this still image taken from video on March 16, 2016, a man whose driver's license identifies him as an American speaks during an interview after he said he joined ISIS but later left and was captured by Kurdish forces.
Kurdistan 24/Reuters
By Karl Vick

So few Americans have traveled to the Middle East to fight for ISIS that the threat from the even fewer who returned to the U.S. is “low” and “will likely be manageable,” says a new report from the New America Foundation, a Washington-based think tank that maintains a sprawling database on terrorists.

Of 94 Americans tracked by New America who tried to aid ISIS, 49 failed to reach Syria, 27 got there, and another 18 faced charges for supporting the extremist group inside the U.S. Twelve of the 27 who reached Syria died there. Six were arrested upon returning to the U.S., one returned to Syria and died there, and eight remain at large. None has mounted a successful attack, and only one is suspected of plotting one.

The foundation’s sample is not comprehensive: U.S. officials say 250 Americans have tried to travel to Syria. And in March 2015, Director of National Intelligence James Clapper put the number of returnees at 40. But Clapper also noted that “we have since found they went [home] for humanitarian reasons or some other reason that don’t relate to plotting.” New America concludes that the larger terror threat in America remains attacks by people who never went to Syria but who were “inspired” by ISIS, such as the San Bernardino shooting spree that killed 14 in December.

“Five years into the Syrian civil war, there is little evidence that American militants pose a significant threat of returning to conduct attacks inside the U.S.,” says the report, the lead author of which is Peter Bergen, the respected terror analyst whose latest book, United States of Jihad: Investigating America’s Homegrown Terrorists, offered similar reassurance. One caveat: The U.S. may be vulnerable to European jihadis, who if not known in advance and placed on a no-fly list might take advantage of the rules that allow Europeans to enter the United States without a visa (though they might also face the challenge of navigating a foreign culture and language).

Read More: This Fragile Iraqi Dam Could Pose a Bigger Threat Than ISIS

But the most immediate threat-New America calls it “severe”-is to Europe itself. Hundreds of European citizens have returned to from Syria and Iraq, and found cover in existing jihadi networks on the continent. The attacks both in Paris and Brussels show the danger posed by jihadis who have had military training and battlefield experience, and in some cases instructions in bomb-making and subterfuge. As another terror research organization, The Soufan Group, put it in a new briefing: “The difference between attackers who have been competently trained and those who have just been inspired by the Islamic State is the difference between the November 2015 Paris attack that killed 130 civilians and the January 2016 Jakarta attack that killed two.”

In the New America report, “ISIS In the West: The Western Militant Flow to Syria and Iraq,” the authors gathered a general profile of those attracted to ISIS and other extremist groups, based on information gathered on 604 militants from 26 Western countries: 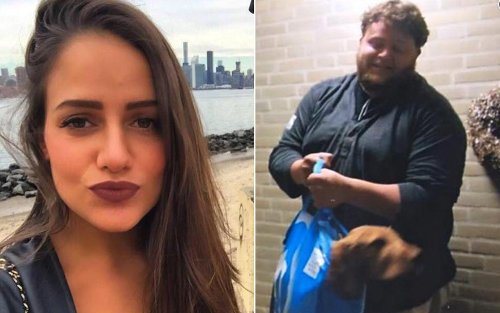 Brother and Sister Among Brussels Victims
Next Up: Editor's Pick