Vermont Sen. Bernie Sanders is leading the 2016 TIME 100 poll after two days of voting, coming in ahead of President Obama and Lady Gaga among the people TIME readers think should appear on our annual list of the most influential people in the world.

Sanders, a Democratic presidential candidate, has 5.1% of the “yes” votes as of Friday afternoon, well ahead of his rival, former Secretary of State Hillary Clinton, who is in the middle of the pack with 0.8% of the yes votes. While the self-identified democratic socialist senator is lagging behind Clinton in the race for the nomination, Sanders has helped shape the Democratic debate with his focus on income inequality.

Second in the poll to Sanders is the Korean pop group Big Bang, which has 2.1% of the yes votes. Among celebrities, Lady Gaga, Leonardo DiCaprio and Emma Watson are the favorites of TIME readers taking the poll. Perennial favorites including Malala Yousafzai, the young Nobel-prize winning Pakistani activist, and Pope Francis are also top vote-getters. 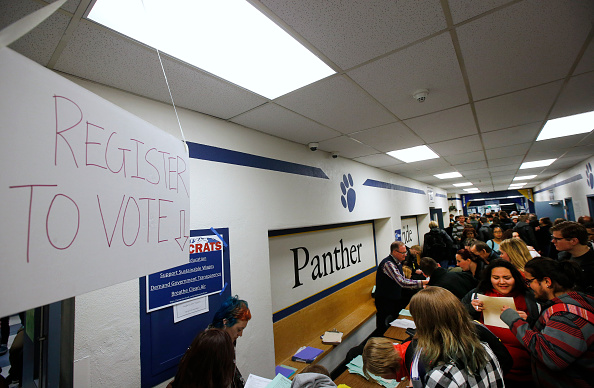