“We believe these actions have been successful and have done damage,” Carter said. “The momentum of this campaign is now clearly on our side.” He said Imam, whose full name is Abd al-Rahman Mustafa al-Qaduli, had a role plotting terrorist attacks in addition to overseeing financing of ISIS operations.

The announcement, which come days just after a terrorist attack in Brussels that left more than 30 dead, comes as anti-ISIS forces are gaining traction ​in the fight against the terrorist group​. U.S. forces killed another top commander, Omar al-Shishani, last week, and a number of other initiatives have weakened ISIS’s control over territory in Iraq and Syria. Iraqi trips supported by the U.S. military took back the key city of Ramadi in December and Syrian troops look poised to take back the ISIS-held city of Palmyra in Syria, which the group has held since May. In all, ISIS lost 14% of its territory in 2015, according to conflict-monitoring firm IHS.​ Secretary of State John Kerry said this week that ISIS efforts are “collapsing before their eyes.”

The challenges ISIS faces in the Middle East may be in part what’s driving a push for terrorist attacks and guerrilla operations, Dunford suggested. The militant group has built a vast international network and attacks in Europe act as a show of strength despite land losses.

ISIS’s growing struggles in the Middle East may be in part what’s driving a push for terrorist attacks in the West, Dunford suggested. The terrorist group has built a vast international network and attacks in Europe serve as a show of strength in the face of losses on the ground. Carter stressed the “law enforcement, intelligence and homeland security ingredient” to protecting against potential terrorist attacks and said the Pentagon would continue collaborating with partners around the world in those areas.

“Like Paris, Brussels is a strong reminder why we need to hasten the defeat of ISIL, wherever it is in the world,” said Carter, using an alternate acronym for ISIS. 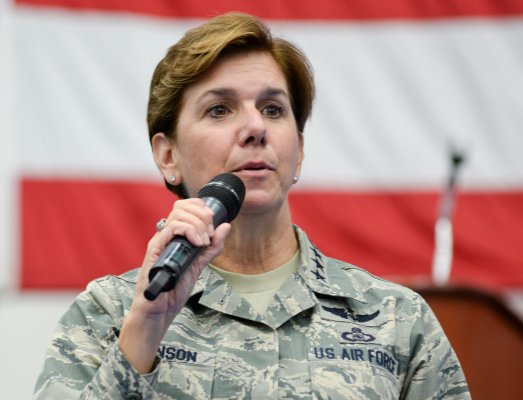