Former U.S. Secratary of State Madeleine K. Albright speaks at the Albright Institute Presents 'A Public Dialogue: Addressing Global Inequality' at Wellesly College in Wellesley, Mass., on Jan. 31, 2016.
Paul Marotta
Ideas
By Madeleine Albright
Albright is a former U.S. Secretary of State and author of Hell and Other Destinations

The war crimes conviction of former Bosnian Serb leader Radovan Karadzic was a victory for the rule of law and a triumph for international justice. And in an eerie coincidence for me personally, it came almost 20 years to the day of a visit I made to bear witness to the horrific atrocities he directed.

I will never forget traveling to Serb-controlled northeastern Bosnia in March 1996 as U.S. Ambassador to the United Nations. On the edge of a field at a place called Branjevo farm, I saw a long expanse of freshly plowed dirt littered with human bones and pieces of clothing—all evidence of the mass grave lurking beneath the surface, where an estimated 1,000 Bosnian Muslims were buried. The sight was horrifying, and those accountable—including Karadzic—were nowhere to be found.

I said at the time that “the only way peace will come to the area is if there is a reconciliation, and reconciliation can come only when collective guilt is expunged, and individual guilt is assigned.”

It was this belief which had led me to strongly support the establishment, several years earlier, of the international war crimes tribunal for former Yugoslavia. It was one of the earliest votes I took as U.N. ambassador, and remains one of my proudest.

That is because, at the time, many observers ridiculed the idea of a tribunal and most predicted the court would fail. Bosnia was not Nuremberg, where the suspects were in custody before the court was even formed. In fact, the Bosnian civil war was still raging when the court was created. The chief suspects were still in positions of authority and were actually winning the war.

With the fighting still going on, the tribunal’s investigators had a hard time interviewing witnesses and gathering evidence. It could not hold trials if it had no defendants, and for a long time it had none.

But many of us still believed in the court. We could not accept, in the last decade of the 20th century, the idea of ethnic cleansing and mass rape being perpetrated with impunity in the heart of Europe.

Obviously, we could not expect, even through the court, to achieve perfect justice. But supporters of the tribunal believed that accountability was essential to create the right kind of precedent for the future and to strengthen the rule of law around the world.

For that reason, the United States made cooperation with the tribunal a threshold issue in our dealings with Serbia, Bosnia and Croatia. It is also why we placed a high priority on apprehending those indicted by the tribunal so they could stand trial—including Radovan Karadzic and his top military commander, Ratko Mladic.

It took more than a dozen years for Karadzic and then Mladic to be apprehended, but the international community did not relent in its search. During that time, dozens of other trials were held, including that of Slobodan Milosevic, who became ill and died during the proceedings, at which he insisted on representing himself.

Along the way, the tribunal established an important new standard by ruling that rape and sexual enslavement could be considered crimes of war—a ruling that resonates in the fight against ISIS and other groups that practice these atrocities today on a horrific scale.

The conviction of Karadzic should bring a measure of relief to his victims and their families. But as we take comfort in a just outcome, we must remember that the purpose of a war crimes court is not only revenge; it is reconciliation. In cases of ethnic conflict, it is essential that individual responsibility be established, in a thorough record that will be hard to deny later. Otherwise, blame falls unfairly—but often permanently—upon entire groups, and the record may be twisted or denied.

The wounds of war heal much faster if the people who are guilty are identified, and the cloud of suspicion hanging over others is lifted. It also helped to ensure that those responsible for crimes do not try to retain power, but instead go into hiding until they are inevitably caught. Karadzic was barred from office and became a fugitive rather than an official able to manipulate the peace process. In all these ways, the sins of one generation became less likely to be held against the next, and the cycle of atrocities can be broken.

Of course Bosnia’s reconciliation is imperfect. The current leaders of Republika Srpska find political benefit in stunts such as the naming of a dormitory after Karadzic. Going forward, we must disseminate the facts established by the tribunal to this and future generations. Policy makers should also make clear to other countries in the region, especially E.U. members and candidates, the dangers of praising Karadzic or other purveyors of wartime, nationalist hate.

Last summer marked the 20th anniversary of the massacre at Srebrenica, and I was honored to join President Clinton on the official U.S. delegation to the ceremony in Bosnia. We stood in silence as thousands of Bosnian Muslims—including survivors and family members of the victims—wept and prayed at the genocide memorial. It was a moving and gut-wrenching sight, but above all it was a reminder that the fight for justice was not over. Even after Karadzic’s conviction, that fight must go on. 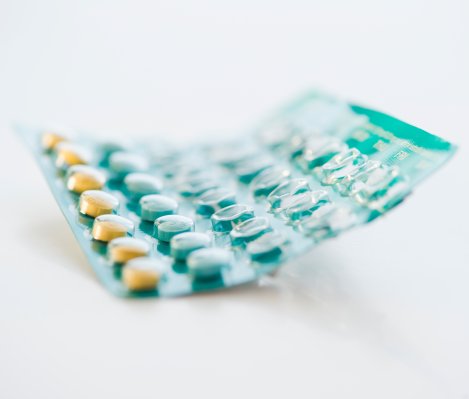 My Employer Tried to Block My Access to Birth Control
Next Up: Editor's Pick