Jon Huntsman and Joseph Lieberman: The Republican SCOTUS Blockade Is 'Not Acceptable'

We recently wrote that it was time for our leaders to find a compromise on the Supreme Court vacancy for the good of our country. Unfortunately, since then the two sides have only descended deeper into political rancor and partisan bickering. Millions of dollars in television ads have already flooded the airwaves in Washington and in states across the country.

Our country—and our Constitution—deserve better. And it doesn’t have to be this way.

We have been heartened to see Americans of all political stripes come forward and echo our call for both sides to live up to their responsibility to ensure that we have a fully-functioning Supreme Court. These civic leaders and other distinguished voices have explained that this vacancy should not and does not have to be one more partisan political food fight. It’s simply about making sure our government, including the highest court in the land, can actually function.

A bipartisan group of more than 40 law school deans, hailing from places as diverse as Harvard, Pepperdine and the University of North Dakota, wrote to President Obama and Senate leaders this week to warn against the prospect of a divided court handing down many potential 4-4 rulings, which would permit “federal law to have different meanings in different parts of the country.” “Such conflict and ambiguity jeopardize respect for the rule of law,” they added. We agree.

This same concern was echoed by nearly 250 lawyers for U.S. businesses. They wrote: “The impact of a stalemate at the Supreme Court may have a profound effect on our economy, creating uncertainty for the financial industry, major corporate employers, as well as small businesses.” We should not let partisan disagreements disrespect the Constitution, and we cannot let them pose a danger to our economy. Too often, Washington has been the enemy of success. Creating a patchwork of conflicting regulations and laws across the country by judicial fiat is certainly not what our businesses, large and small, need to help them succeed.

No Labels is all about solving problems, and our nation’s mayors are some of the most effective problem solvers out there. So it did not surprise us to see the bipartisan U.S. Conference of Mayors come together to recognize Justice Scalia’s “immeasurable contributions to our legal system and our nation,” while also underscoring the need for government at all levels to be “fully functioning.” Solving problems and making difficult compromises, whether in City Hall or the U.S. Senate, should be a source of pride for members of both parties.

Finally, we agree with two former chief judges of appellate courts, one appointed by a Republican and one appointed by a Democrat, who warn of the danger of refusing to act simply because this is an election year. Judges John Gibbons and Patricia Wald write that, “To recognize such an exception would set a dangerous precedent, and invite attempts to extend it to other situations where the Executive and the Legislative branches are in political conflict with one another.” Indeed, we should be finding ways to reduce partisan tensions in Washington instead of deliberately injecting them into our non-partisan, independent judiciary.

At a time when we’re seeing increasingly bitter and troubling divisions in our country, it’s high time for the President and the Senate to show the American people that we can still lay down our partisan arms, bridge our divisions and come together for the good of the nation. The president has now nominated Chief Judge Merrick Garland, a judge who has enjoyed bipartisan support and praise in the past. We hope that the Senate can find a way to overcome its partisan divisions in order to fulfill its own constitutional responsibilities of “advise and consent” and bring this nominee to an up or down vote for the sake of the republic and the law of the land.

There is no modern precedent for the blockade that Senate Republicans have put in place. Even highly-contentious nomination battles in the past, including those over Robert Bork and Justice Clarence Thomas, followed the normal process of hearings and an up-or-down vote. Leaving the current blockade in place could leave a seat on the Court vacant for the remainder of this term and perhaps the next as well, which could leave major cases in limbo until 2018. That is simply not acceptable.

We cannot let today’s crisis of leadership turn into a full-blown constitutional crisis. 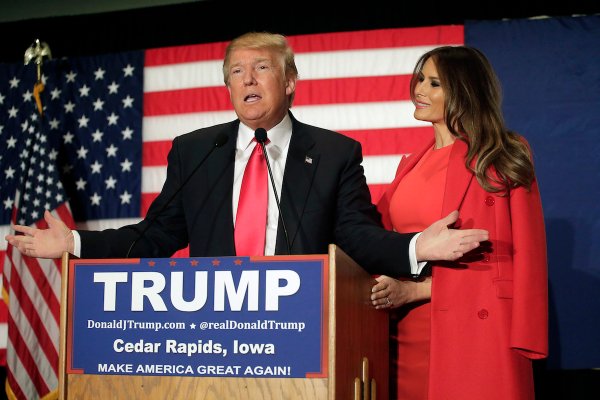 Trump Is Not the First Politician to Go After a Rival's Family
Next Up: Editor's Pick