Why the Fight Over Wives Matters

Donald Trump may be taking a week off from campaign events, but he’s causing controversy with his tweets—specifically tweets about Ted Cruz‘s wife, Heidi. Taking issue with an independent super PAC ad featuring a naked photo of former model Melania Trump, Trump warned he would “spill the beans” on Heidi Cruz. His rival fired back that it was not his group, and warned Trump to stay away from his wife. But Trump, as per usual, did it again, leading Cruz to call Trump a “sniveling coward” Thursday at a press conference. Trump aides defended their boss’ threats against Heidi Cruz. Meanwhile, Republican operatives are fretting that Trump’s treatment of women will come back to bite them in a general election—and also endanger their down-ballot chances.

The Club for Growth, which is supporting Cruz, released an ad in Wisconsin highlighting Ohio Gov. John Kasich’s tough path to the nomination, while Kasich argued he’s the only candidate who can defeat Democrats in November. The argument over how best to set up a contested convention is unlikely to be resolved in the coming weeks—and the squabbling, as opposed to strategic positioning, could end up hurting them both.

Kasich’s new tone is unrecognizable to old colleagues. Gay, lesbian and transgender Republicans struggle with their choices. And Lindsey Graham unloads on his own party.

Gay, Lesbian and Transgender Republicans Struggle With Their Choices
A time of hope and disappointment for the LGBT GOP, TIME’s Tessa Berenson reports

Donald Trump Can’t Stop Saying Nasty Things About Women. It Could Cost Him
And the GOP [Washington Post]

Soft and Cuddly? John Kasich’s Old Colleagues Don’t Recognize Him
The Prince of Light and Hope is a new role for the Ohio governor [New York Times]

“Donald, you’re a sniveling coward. Leave Heidi the hell alone.” — Ted Cruz to Donald Trump on attacks on his wife

“I think if it’s an open convention, it’s very likely it would be someone who’s not currently running.” — Wisconsin Gov. Scott Walker on a white knight at a potential contested convention

They Really, Really Like Them: Take the Presidential Endorsement Quiz [New York Times] 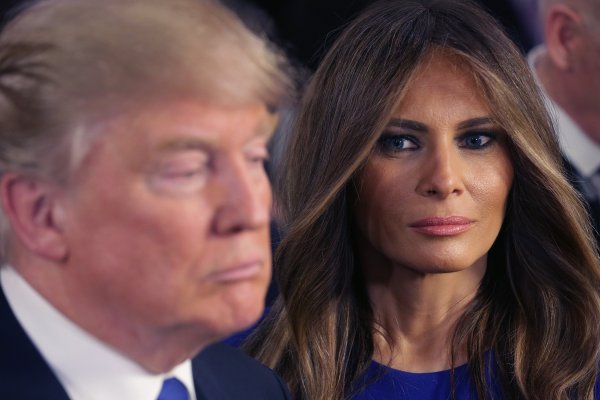 Trump and Cruz: Your Wives Are Not Political Props
Next Up: Editor's Pick