Why Karadzic’s Conviction May Matter More in the Future

In The Butcher’s Trail, the riveting and important history of the international manhunt for 161 Balkan war criminals, The Guardian‘s world affairs editor Julian Borger describes the moment investigators tracked down Radovan Karadzic, the leader of the early 1990s genocide against Bosnia’s Muslims. Karadzic’s brother had placed a call in early 2008 using a long-dormant cellphone SIM card monitored by the investigators. They in turn traced the call to an address in the Serbian capital, Belgrade. There they found Karadzic masquerading under the name Dragan David Dabic,

Long-stripped of this buffoonish alter-ego, Karadzic was found guilty Thursday of 10 of 11 war crimes charges by the International Criminal Tribunal for the Former Yugoslavia (ICTY), including the slaughter of 8,000 men and boys at Srebrenica in 1995, the worst massacre in Europe since World War II.

Some critics are viewing Karadzic’s conviction as too little, too late, more a farce worthy of Dabic than a validation of international justice. Bosnian Muslim survivors and family members of victims gathered outside the tribunal as the verdict was announced and decried his 40-year sentence as too light, even though it would mean Karadzic, 70, will die in prison.

More important, the sheer expanse of years since Karadzic’s crimes were committed means that justice on the ground in the Balkans has long become disconnected from the verdict in The Hague. Those who suffered at Karadzic’s hands, and those who happily followed him and supported his nationalist vision for former Yugoslavia have long since adjusted to the world created by the atrocities he unleashed on his country. Nationalist parties dominate, and peace is maintained only thanks to the continuing presence of international peacekeepers.

But the Karadzic conviction does set one more benchmark in the history of international prosecutions, establishing for future generations the possibility of bringing to justice national leaders who commit crimes against their own populations and others.

Such a vision of international justice is now out of favor, thanks to the resistance of major powers and the changing nature of international threats. But as Borger writes in The Butcher’s Trail:

With atrocities committed daily in Syria and elsewhere around the world, and the U.S. and its allies grappling with which of their core values to adhere to against the asymmetric threat of transnational terrorism, the hope of future international justice for war crimes may seem distant. But it is not impossible that major powers may find international judicial tribunals are more an ally than an enemy in the fight against the threats that have developed in the post-Cold War period.

If they do, Borger makes clear The Hague tribunal’s efforts to bring Karadzic and other war criminals to justice will have set the high water mark against which future efforts at justice will be measured. 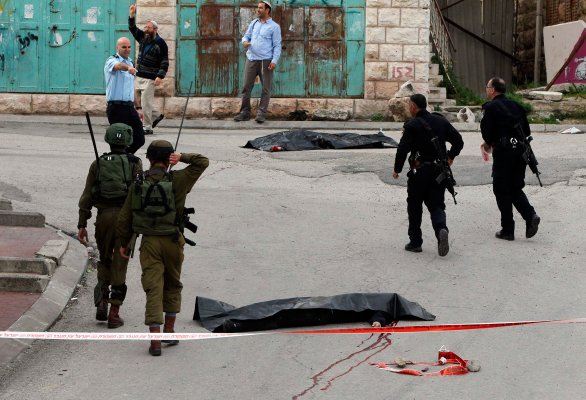