Getty Images
Ideas
By Christopher J. Hale
Hale is a Democratic politician from Tennessee; he has been a Catholic nonprofit executive and helped lead faith outreach for President Barack Obama.

“Jesus Christ is risen from the dead.” These wondrous words have become so stale that we’ve perhaps forgotten how weird and how wonderful they truly are.

The disciples’ first reactions to this news were remarkable. You can feel their excitement jump off the pages of the New Testament. After an encounter with the resurrected Jesus, Peter goes back to downtown Jerusalem and, filled with a new spirit, gives the first great Christian sermon. He tells the crowds the startling news that Jesus had been raised from the dead and is the Lord of the entire earth.

Peter’s central claim—and the claim of the entire Christian faith—that “Jesus is Lord” might seem commonplace today, but it was very scandalous in ancient Rome.

“Jesus is Lord” was a direct affront to the popular Roman slogan “Caesar is Lord.” By refusing to submit to Caesar Augustus as Lord and claiming a new king and a new kingdom, Jesus and his followers were committing nothing short of treason.

The radical message of Easter, then, is not simply that Jesus Christ rose from the dead. It’s what Jesus’s resurrection meant to Caesar’s regime and to every other regime, including ours today. These regimes have an expiration date on them. They will replaced by Jesus’s kingdom where there is an institutional bias for the bottom and a preference for the poor.

Here are a few a policy initiatives for this new kingdom:

Many might say that this is not a practical policy vision for the United States. It’s also a difficult for some to imagine in light of recent terrorist attacks such as those in Brussels on Tuesday. But it wasn’t practical in Jesus’s time, either.

That’s the great Easter challenge of the gospel: to imagine Jesus’ kingdom transformed into current political structures and to make it happen.

Of course, speaking about Jesus in such political terms is not without its danger. Pope Francis says that politics can be one of the highest forms of love because it’s in service of the common good. On the other hand, Pope Benedict XVI said that politics, when it pretends to be salvific, actually becomes demonic. And time and again, we’ve seen political forces on both the left and the right co-opt Christianity for their own partisan purposes.

To bring about this Easter revolution, Christians can’t begin with political parties and ideologies and coat them with Jesus messaging. Instead, we must start with Jesus: the tortured, crucified, murdered and then resurrected Lord who disrupts all earthly kingdoms and all political agendas.

Easter is about a call to rise up and proclaim a community that will outlive all kingdoms: a community where the poor are blessed, enemies are loved, strangers are welcomed, prisoners are set free and where death is no more.

For the followers of Jesus, his resurrection from the dead changed everything. The excitement and even arrogance of the early Church is embodied in Paul’s holy taunt: “O death where is your sting! O hell, where is your victory!”

When Mary Magdalene encountered the empty tomb, she ran to tell the others the news. Today’s Christians must imitate Mary’s posture. Like her, we must make haste to share the impossibly good news that God has raised Jesus Christ from the dead, and that through his great love, our lives and our society can be given a new horizon and a decisive direction. 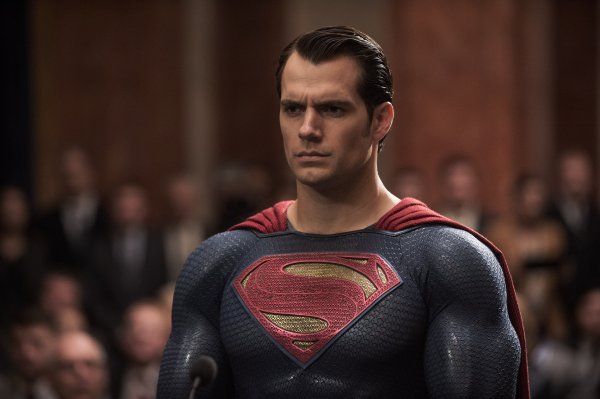 The Science of Superman
Next Up: Editor's Pick