Two multibillion dollar projects linked to the troubled Rio 2016 Olympic Games have been drawn into Brazil’s ever-growing corruption scandal. Police and prosecutors are investigating if the Brazilian building giant Odebrecht paid bribes to secure work on a new subway line, which will connect the city’s beach zone to a station close to the Olympic Park, and the on redevelopment of the city’s port area.

Rio’s Olympic regeneration, which has included billions in building contracts, had so far largely avoided the controversy of the Operation Car Wash investigation. The criminal probe, the biggest in Brazil’s history, centers on a cartel of construction companies who allegedly paid large bribes to officials and politicians for overpriced public contracts, such as with state oil giant Petrobras.

The scandal has rocked Brazil, with President Dilma Rousseff facing impeachment amid public anger that has seen as many as 3 million people protest on the streets. Her predecessor, Luiz Inácio Lula da Silva, has been investigated as part of the probe, in which prosecutors estimate nearly $3 billion was paid in bribes. With political and economic gridlock, Brazil is also facing its worst recession since 1901.

This week, internal Odebrecht documents emerged listing the names of 316 politicians from 24 parties who apparently received cash from the firm, which prosecutors believe had a department which specialized in paying bribes. “The level of organization revealed by these documents is shocking. It would appear that all major public works were commissioned in this way and every major political party seems to have been involved,” says Sylvio Costa, the founder of the Brasilia-based watchdog Congress in Focus, which reports on corruption. “The question now, for the future of Brazil, is how federal police, prosecutors and the judiciary deal with a scandal that is far bigger than any of those institutions.”

In Rio, the Marvelous Port project is the most ambitious of the city’s redevelopments since it won the Olympics in 2009. The plan was to turn the city’s gritty port area into a business and tourist hub, with redesigned streets, n futuristic Museum of Tomorrow and the five-skyscraper Trump Towers, billed as the largest urban office development in the BRICS countries. But development on many aspects has stalled as the country fell into recession.

Internal Odebrecht emails obtained by Brazil’s Federal Police appear to show that R$1 million ($270,000) was paid in cash to a recipient known by the codename Turquoise in November 2014, apparently in relation to public works on the Marvelous Port. There is no suggestion the Trump development was involved. Police also found evidence that R$2.5 million ($680,000) was paid in five installments relating to the development of a new subway line for the Olympics.

The mayor of Rio de Janeiro, Eduardo Paes, was also drawn into the scandal when his name appeared on the list of politicians who received money from Odebrecht. But it was not immediately clear if the payments were bribes or legal campaign contributions. Paes’ office did not respond to an email requesting comment. Some of the Olympic development being coordinated by the mayor’s office is being privately funded by construction companies who have donated to his campaigns.

The documents also revealed the codenames Odebrecht used for various politicians, with Paes being known as the “Little Jumpy One” and others earning colorful monikers such as “Dracula” and “Viagra.” The revelations followed a new wave of 15 arrests on Tuesday relating to the “Structured Operations” department at the company, which investigators suspect specialized in bribery. Former chief executive Marcelo Odebrecht, the grandson of the company’s founder, was sentenced to 19 years in jail this month for corruption and money laundering.

In a statement issued Tuesday, Odebrecht said the company had decided on “definitive collaboration” with Operation Car Wash, adding: “We hope that the information provided contributes significantly to Brazilian justice and the construction of a better Brazil.” But prosecutors denied a deal had been reached.

Read More: These 5 Facts Explain the State of Global Corruption

Neither Rousseff nor Lula appear on the Odebrecht list, but the latter is being investigated for alleged favors, such as the renovation of properties and donations to his non-profit institute, from construction companies. He denies wrongdoing but has accepted an appointment as Rousseff’s chief of staff which, if confirmed as legal by the Supreme Court, will shield him from arrest by the federal judge leading Operation Car Wash as only the highest court can try ministers. But that appointment is currently suspended by the Supreme Court

Meanwhile, Rousseff has condemned impeachment proceedings against her as an attempted coup. Opponents want to try her for budget irregularities in her first term and a poll on Sunday showed 68 percent support for impeachment. A special commission of the lower house is currently weighing the charge against her.

“I have committed no irregularity,” she said in a speech to Brazilian lawyers. “I will never resign.” 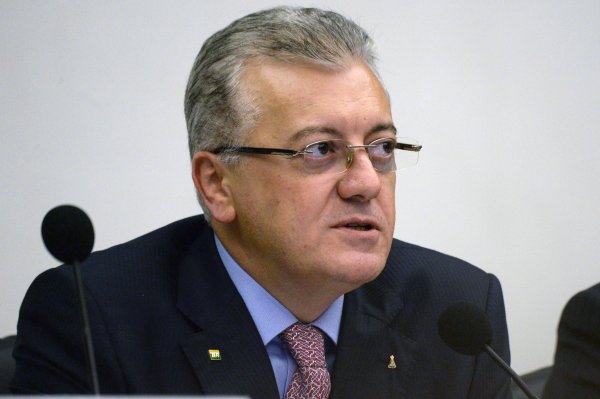