How Wonder Woman Steals the Spotlight in Batman v Superman

For diehard comic book fans, the appeal of Batman v Superman: Dawn of Justice, out March 25, is contained squarely within its title. But to viewers starved for feminist action heroes and weary of leather-clad sex kittens offered up in their stead, the draw lies chiefly in the movie’s reintroduction of Wonder Woman, who hasn’t enjoyed the spotlight since her late-1970s TV show. And now that middling reviews have begun to trickle in, for some, she’ll be the only reason to make a donation to the movie’s already hefty box-office take.

The stakes are high for this version of the Amazonian princess, played by Gal Gadot, a former Israeli army combat trainer (and Miss Israel pageant winner) who put on 17 lbs. of muscle for the role. Not only does this outing set the stage for the feature film she will carry in 2017—it’s slated for June 23—but the success of that movie will undoubtedly influence future studio decisions about female-driven superhero flicks. After the disappointing box office performance of superheroine movies like Catwoman (2004) and Elektra (2005), ladies in superhero suits have been saddled with the unfortunate assumption of box-office poison until proven otherwise.

Director Zack Snyder and writers Chris Terrio and David S. Goyer had a wealth of material from which to shape their vision of Wonder Woman, who first appeared in All Star Comics #8 in 1941. Her creator, a psychologist named William Moulton Marston who was also an avowed feminist, explained his objective thusly: “Frankly, Wonder Woman is psychological propaganda for the new type of woman who should, I believe, rule the world.” His vision didn’t always stick, however, and later iterations of the superheroine saw her as a babysitter, an advice columnist and a secretary who wished the rest of the Justice League well as they went off to war—before Ms. Magazine reclaimed her, on a 1972 cover, as a “Symbol of Feminist Revolt.”

Thankfully, Snyder and his team ditch the secretary in favor of a superheroine who might just be worthy of another feminist magazine cover. Her screen time is limited—what we get here is just a taste, more than a cameo but not enough to fully sink our teeth into—but what time she does spend onscreen bodes well for what’s to come as director Patty Jenkins takes the helm of Wonder Woman. Within moments of meeting Ben Affleck’s Bruce Wayne, Wonder Woman’s alter ego Diana Prince swiftly outsmarts him, beating him to his own mission. When he confronts her about it, she schools him in the art of superhero collaboration.

Neither love interest nor sex object, she survives the entire story without once relying on her looks to seduce an unwitting villain. Do she and Bruce exchange a flirtatious glance or two upon meeting? Sure, it’s a movie, and neither one is particularly painful to look at. But her fierce fighting in the film’s climactic battle scene makes it obvious that she’s more soldier than siren. Some might even argue that without her prowess as a warrior, the Dark Knight and Man of Steel both might otherwise have been reduced to jelly on Lex Luthor’s toast.

Some will question whether her revealing getup improves upon the skintight garb of superheroines past—though, to be fair, Superman’s bulging biceps aren’t exactly hidden from view here. It’s one thing to objectify a body and quite another to celebrate the amount of evil it can kick into oblivion. As producer Deborah Snyder puts it, “Women can be strong and beautiful and intelligent and tough—we’re complex people.” Wonder Woman knows that, as she tells Bruce Wayne: “I don’t think you’ve ever known a woman like me.” Perhaps not. But we should soon be meeting more. 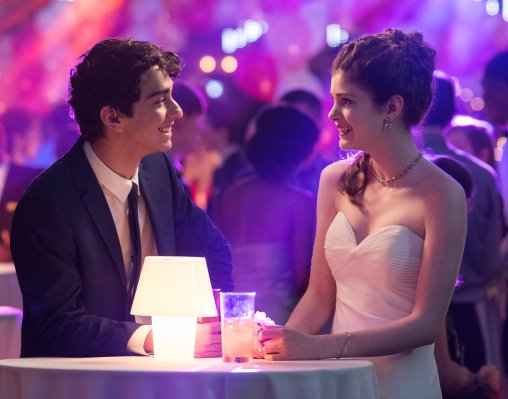