Ben Widdicombe is in the doghouse right now—or perhaps we should say the treehouse—for writing “What Happens When Millennials Run the Workplace?,” a March 19 New York Times article that details the story of a millennial who lied to his boss so he could build a treehouse. “Some ride hoverboards into the kitchen for the free snacks,” reads the piece, which delves into the culture of millennial-filled workplaces. “Others wield Nerf dart guns or use a megaphone for ad hoc announcements.”

The ire Widdicombe has faced in response to his piece is impressive: “As many trend pieces written by, I don’t know, almost-dead, white men in armchairs would have it, we feel entitled to high-paying jobs and respect before we’ve earned it,” Lauren Duca writes on TeenVogue.com. Fusion’s Jason O. Gilbert wrote a parody of the Times piece.

“I always thought a style journalist would make a great character for a Disney villain, but I never dreamed I’d get to be one myself,” Widdicombe told Motto.

While the overall message of the story does reinforce the stereotype of entitled young professionals, Widdicombe says he doesn’t intend to completely trash millennials. “Some things being said about millennials aren’t true,” he writes in the most recent Badass Babes newsletter. “Most egregiously, that you’re lazy. In fact, it’s the opposite. You have to deal with more onerous student loans, plus an economy that denies many people fair wages, meaning harder, longer work hours.”

We asked the writer to share more of the story behind the story.

Motto: Was the piece something you pitched? And if so, what sparked the idea for it?
Widdicombe: I did pitch the story. The idea evolved during several conversations with Mic touching on what’s interesting about what they do. Chris, the CEO, offered several funny stories about behavior in the office, and I thought it would make a great article.

Given the response, do you have any regrets about writing the piece?
None at all. Millennials understand better than anyone that when you put something controversial on the Internet, you’re going to get a lot of response, both positive and negative. In fact, some of the thoughtful criticism I really appreciated—like people who pointed out that when journalists write about “millennials,” sometimes they focus too much on the experience of the privileged.

If you could be a millennial now, what would your favorite part be?
We in gen X didn’t have the Internet in our college years—as a student, that would have been a game-changer. (Although, then I wouldn’t have those cool old reference books still on my bookshelf.)

What are some ways in which you see boomers/gen X’ers/greatest generationers as also acting entitled?
Great question because every generation works through some entitlement issues when it’s young. The baby boomers probably did it the most dramatically—theirs was maybe the most distinctive cultural split between successive generations that there has ever been. Gen X got a lot of press in the ’90s, but in retrospect, I think the boomers before us and the millennials after us are both more interesting. (Our two achievements: Grunge and Winona Ryder.) 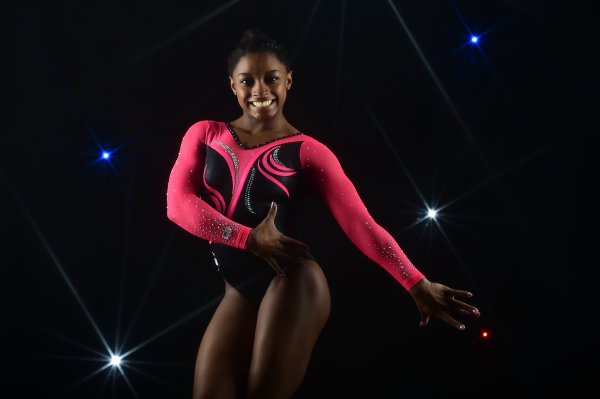 Simone Biles: 'I Have to Win' Is Never In My Mind
Next Up: Editor's Pick